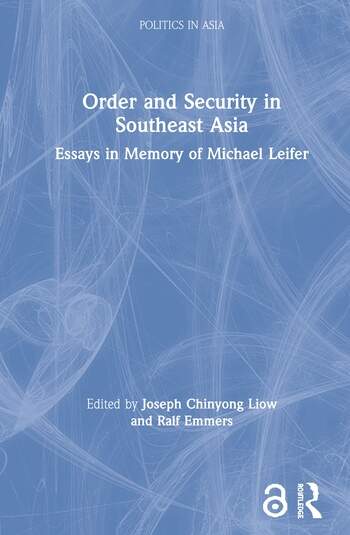 Order and Security in Southeast Asia: Essays in Memory of Michael Leifer

Michael Leifer, who died in 2001, was one of the leading scholars of Southeast Asian international relations. He was hugely influential through his extensive writings and his contacts with people in government and business in the region.

In this book, many of Leifer’s students, colleagues and friends come together to explore the key themes of his work on Southeast Asia, including the notion of ‘order’, security, maritime law and foreign policy. The book concludes with an overall assessment of Leifer’s background, worldview and impact on his field.

A scholarly and personal volume devoted to Leifer's vast contributions to the discipline of international relations, this text is a must-read for students and scholars specializing in the region.

'Leifers influence and authority grew with the clear importance of the subject, and in many respects his writings over the years defined its international significance. He lived with his work in the fullest sense, combining a steady output of books, articles and reviews with lecturing and teaching of the highest order. The essays in this book provide many insights into both his academic achievement and his personal life.'

Order and Security in Southeast Asia: Essays in Memory of Michael Leifer