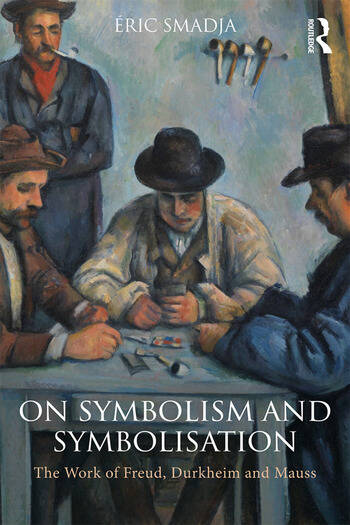 In On Symbolism and Symbolisation: The Work of Freud, Durkheim and Mauss, Éric Smadja returns to the end of the 19th century and explores how the concepts of symbolism and symbolisation have been discussed among theorists, and how this discussion has developed and revolutionised the human sciences as we know them today. Uniquely, he connects three key thinkers of psychoanalysis, sociology and ethnology – Freud, Durkheim and Mauss – and discusses how their diverse epistemological paths blend and have consequently shaped our representation of humanity, society and culture in the 20th and 21st centuries.

In this innovative work, Smadja provides a complete biographical journey of these three influential founders, beginning with a dedicated chapter on Freud, followed by Durkheim and then Mauss. He explains each of their revolutionary creations – Freud’s psychoanalysis, Durkheim’s French school of sociology and Mauss’s modern French ethnology – before exploring their ground-breaking, yet differing, conceptions of symbolism and symbolisation, offering a discussion of specific and common aspects detected between these conceptions. In his conclusions, Smadja focusses on France to examine what became of their thoughts after the second half of the 20th century. He inspects the fields of French anthropology, sociology and psychoanalysis: Lévi-Strauss and his structuralist revolution, his colleagues Françoise Héritier and Maurice Godelier, Pierre Bourdieu, who was an ethnologist before becoming a sociologist, and, of course, Lacan.

is a pioneering work that will appeal to psychoanalysts in practice and in training, and to academics and students of psychology, anthropology, sociology, philosophy and the history of ideas. It will also be of interest to anyone wanting to learn more about the life and work of these three major theorists and the connections between the human and social sciences.