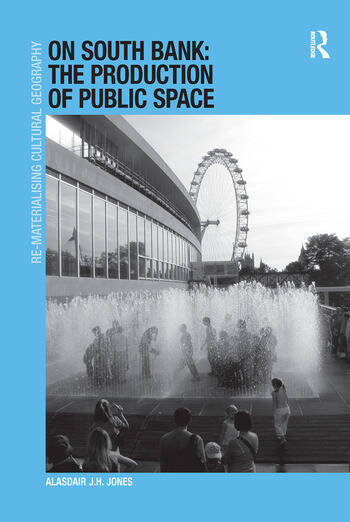 On South Bank: The Production of Public Space

Tensions over the production of urban public space came to the fore in summer 2013 with mass protests in Turkey sparked by a plan to redevelop Taksim Gezi Park, Istanbul. In London, concomitant proposals to refurbish an area of the ’South Bank’ historically used by skateboarders were similarly met by staunch opposition. Through an in-depth ethnographic examination of London’s South Bank, this book explores multiple dimensions of the production of urban public space. Drawing on user accounts of the significance of public space, as well as observations of how the South Bank is ’practised’ on a daily basis, it argues that public space is valued not only for its essential material characteristics but also for the productive potential that these characteristics, if properly managed, afford on a daily basis. At a time when policy-makers, urban planners and law enforcement authorities simultaneously grapple with pressures to deal with social 'problems' (such as street drinking, vandalism, and skateboarding) and accusations that new modes of urban planning and civic management infringe upon civil liberties and dilute the publicity of ’public’ space, this book offers an insightful account of the daily exigencies of public spaces. In so doing, it questions the utility of the public/private binary for our understanding both of common urban space and of different sets of social practices, and points towards the need to be attentive to productive processes in how we understand and experience urban open space as public.

Alasdair Jones is Lecturer in Qualitative Research Methodology at the Department of Methodology, London School of Economics & Political Science, UK.

’In this detailed exploration of London's South Bank, Jones provides a timely exploration of what is a truly public or social space. Navigating issues of design, politics, ethnography, finance, planning and performance, On South Bank is a thoughtful and timely contribution to our understanding of both the South Bank itself and public spaces in general.’ Iain Borden, Bartlett School of Architecture, University College London, UK 'On South Bank: The Production of Public Space, by Alasdair J. H. Jones, is a compelling read, which explores the tensions between the coming� of public space as a design subject and its concomital erosion, transfiguration and closing down by forces more powerful than its everyday users and architects ... As both an academic and ordinary member of the public, I would recommend On South Bank to a wide and diverse audience'. Journal of Urbanism

'Alasdair Jones presents us with an ethnographical account of street-level socio-spatial relations on London’s South Bank. Here, the mixture of public and privately owned spaces such as the Southbank Centre, along with their distinct groups of users and an active transformation during the course of the author’s investigation, make for a set of power relations worthy of empirical study…As is often the case with good research, the book is undoubtedly a labour of love and was influenced by prior personal connections to the site of the study, as the author himself used to skate in the undercroft. However, far from giving only a skewed narrative of skating, the book provides a vivid account of the South Bank, focussing on the complexities of privately owned space that is not only publicly accessible, but designated to serve the public.' The London Journal

On South Bank: The Production of Public Space