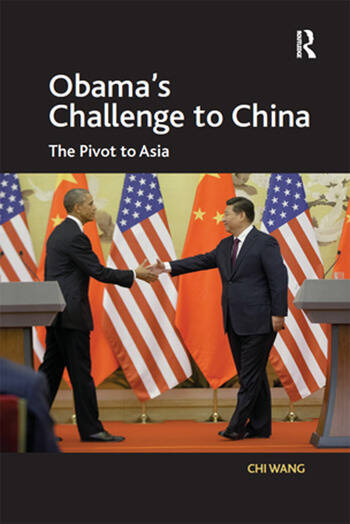 Obama's Challenge to China: The Pivot to Asia

This book explores U.S.-China relations, the most important bilateral relationship in the world, under the leadership of President Barack Obama. Obama took office just as China’s rise to global power accelerated; his decisions set the stage for a new era in U.S.-China relations . In Part I, the book outlines Barack Obama’s own personal worldview and the backgrounds of the advisors that made up his China team, including Hillary Clinton, Robert Gates, John Kerry, and Susan Rice. Part II chronologically details the major events in U.S.-China relations from 2009 to 2014, including such high-profile cases as Obama’s first China visit, the ’Pivot to Asia’, the story of blind lawyer Cheng Guangcheng, Xi Jinping’s rise to power, and Edward Snowden’s revelations on U.S. cyberespionage. Part III switches back to a topical organization, addressing Sino-U.S. relations and interactions with regards to various issues: economics, military relations, climate change, human rights, and multilateral cooperation in regional and international organizations such as the APEC, G20 and the United Nations. Finally, the book ends with timely suggestions for how to improve the U.S.-China relationship and ensure a peaceful future.

Chi Wang worked at the U.S. Library of Congress' Chinese section for 47 years and has been an adjunct professor at Georgetown University since 1969. He served as an advisor on China affairs for several U.S. presidential administrations. Dr. Wang has published many books and articles on U.S.-China relations. He has a Ph.D. in history from Georgetown University.

’As objective and detailed an account as we will ever have of the Obama administration’s conduct of Sino-American relations and the events, trends, and issues now pushing the two countries toward rivalry. Perfect for classes on US-China relations.’ Ambassador Chas W. Freeman, Jr. (USFS, ret.), former Assistant Secretary of Defense, USA ’China’s new leader Xi Jinping says he wants a new pattern of great power relations with the United States. Today, as Dr Wang assesses, this relationship is somewhere between deterrence and reassurance�. His comprehensive, detailed and well-documented study puts in context the issues that must form a strategy for managing relations with a country that will shape the world of the 21st century.’ Richard H. Solomon, former Assistant Secretary of State for East Asia and the Pacific; former President of the United States Institute of Peace ’In Obama’s Challenge to China, Chi Wang argues that President Obama’s China policy shifted between erring first on the side of deference and then on the side of confrontation�, and he also argues that Beijing was not reticent in asserting its own power in this regard. This volume calls for a new, shared vision, one anchored in the construction of inclusive economic and security institutions in Asia rather than the current divisive effort to construct parallel, but competitive, economic and security structures.’ David M. Lampton, Johns Hopkins SAIS, USA

Obama's Challenge to China: The Pivot to Asia