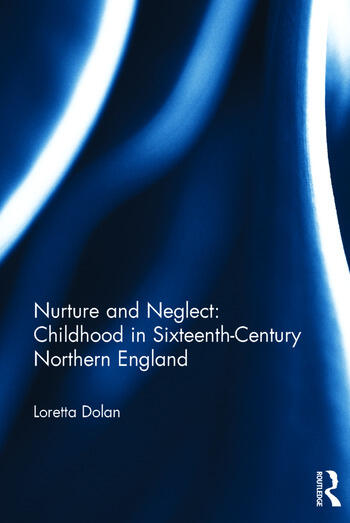 Nurture and Neglect: Childhood in Sixteenth-Century Northern England addresses a number of anomalies in the existing historiography surrounding the experience of children in urban and rural communities in sixteenth-century northern England. In contrast to much recent scholarship that has focused on affective parent-child relationships, this study directly engages with the question of what sixteenth-century society actually constituted as nurture and neglect. Whilst many modern historians consider affection and love essential for nurture, contemporary ideas of good nurture were consistently framed in terms designed to instil obedience and deference to authority in the child, with the best environment in which to do this being the authoritative, patriarchal household.

Using ecclesiastical and secular legal records to form its basis, hitherto an untapped resource for children’s voices, this book tackles important omissions in the historiography, including the regional imbalance, which has largely ignored the north of England and generalised about the experiences of the whole of the country using only sources from the south, and the adult-centred nature of the debate in which historians have typically portrayed the child as having little or no say in their own care and upbringing. Nurture and Neglect will be of particular interest to scholars studying the history of childhood and the social history of England in the sixteenth-century.

Social Status of the Court Users

Reading the Sources for Children

Community Norms Reflected in the Sources

Chapter 2 Notions of Nurture and Neglect in Adult–Child Relationships

Responsibility of Adults in Regards to Children

Notions of Nurture and Neglect

Responsibility of Adults in Regards to Children

Notions of Nurture and Neglect for the Older Child

Neglect of the Older Child

Community ideals of Nurture and Neglect

Consistency of Practice Across the Dioceses

Role of Family and Friends

Relationship Between Apprentice and Master

Conflicts and Concerns Between Master and Apprentice

Provisions Made by Parents

Loretta Dolan is an Honorary Research Fellow in the School of Humanities at the University of Western Australia (UWA). She recently completed a PhD at UWA under the supervision of the late Professor Philippa Maddern and Dr Stephanie Tarbin, researching children and childrearing practices in the North of England, c. 1450-1603. She is the author of ‘Child Marriage in Sixteenth-Century Northern England: The Emotional Undertones in the Legal Narratives’ Limina: A Journal of Historical and Cultural Studies, 20.3, (2015) and the forthcoming ‘Poverty, Pilfering and Pleadings: The Microeconomics of Parental Deprivation in Northern England c. 1485-1603’.