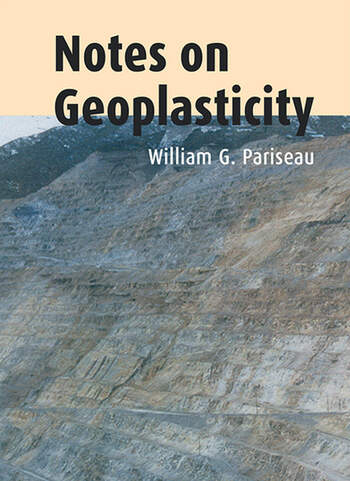 This book is about geoplasticity, solid mechanics of rock, jointed rock and soil beyond the domain of a purely elastic deformation. Plastic deformation is irreversible and begins at the limit to elasticity with any attempt at further loading. Stress at the limit to elasticity is "strength" which is described by a functional relationship amongst stresses, that is, by a yield function or failure criterion. Mohr-Coulomb, Drucker-Prager and Hoek-Brown criteria are well-known examples in geomechanics.

However, there is no point to proceeding to theoretical analyses without physical justification. Hence, the physical foundations for application of plasticity theory to rock, jointed rock and soil are examined in Chapter 2 of this book. A brief review of continuum mechanics principles is given in Chapter 3. Chapter 4 focuses on plane plastic strain and "sliplines". The technical literature is replete with numerous diagrams of sliplines, especially in discussions of foundations on soils, but the relevant mathematics is often lacking and with it genuine understanding. Examples illustrate application of theory to traditional geomechanics problems such as computation of retaining wall forces in soils, foundation bearing capacity of soil and rock, wedge penetration of rock under confining pressure and others. Brief discussions of anisotropy, visco-plasticity and poro-plasticity are presented in Chapters 6, 7 and 8.

This book will be of interest to civil, geological and mining engineers, particularly those involved in reliable design of excavations and foundations beyond elasticity, especially in jointed rock.

William Pariseau obtained his B.S. degree in Mining Engineering at the University of Washington (Seattle) following the geological option and subsequently earned a Ph.D. in Mining Engineering at the University of Minnesota with emphasis on rock mechanics and with a minor in applied mathematics. Prior to his Ph.D., he obtained practical experience working for the City of Anchorage, the Alaska Department of Highways, the Mineral Resources Division of the U.S. Bureau of Mines (Spokane), the Anaconda Copper Co. in Butte, Montana, the New York-Alaska Gold Dredging Corp. in Nyac, Alaska. He served in the United States Marine Corps (1953-1956). He maintained a strong association with the former U.S. Bureau of Mines, first with the Pittsburgh Mining Research Center and later with the Spokane Mining Research Center. He is a registered professional engineer and has consulted for a number of commercial and government entities.
Currently, he is a professor emeritus and former holder of the Malcolm McKinnon endowed chair in mining engineering at the University of Utah. He joined the Department in 1971 following academic appointments at the Montana College of Science and Technology and the Pennsylvania State University. He has been a visiting academic at Brown University, Imperial College, London, and at the Commonwealth Science and Industrial Research Organization (CSIRO), Australia. He and colleagues have received a number of rock mechanics awards; he was recognized as a distinguished university research professor at the University of Utah in 1991. In 2010, he was recognized for teaching in the College of Mines and Earth Sciences with the Outstanding Faculty Teaching Award. The same year, he was honored by the Old Timers Club with their prestigious Educator Award. He was honored as a Fellow of the American Rock Mechanics Association in 2015. 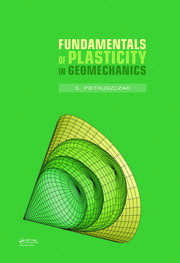 Fundamentals of Plasticity in Geomechanics 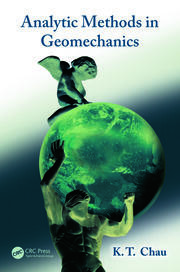 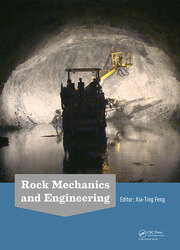