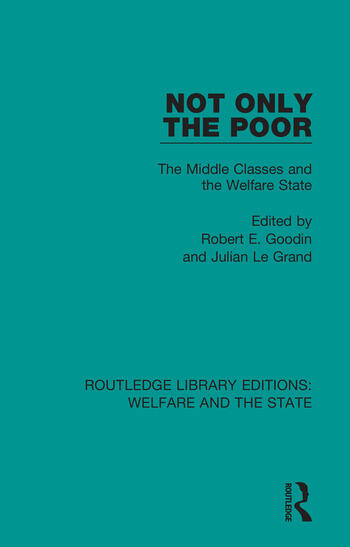 Not Only the Poor: The Middle Classes and the Welfare State

Part II: The Origins of the Welfare State

Part III: The Operation of the Welfare State

4. US Anti-Poverty Policy and the Non-Poor: Some Estimates and their Implications, Robert H. Haveman

5. The Middle-Class Use of the British Social Services, Julian Le Grand

Part IV: The Challenge to the Welfare State

8. The Middle Classes and the Defence of the British Welfare State, Julian Le Grand and David Winter

9. The Expansion and Contraction of the American Welfare State, Russell L. Hanson

10. Not Only the Poor, Robert E. Goodin and Julian Le Grand

Not Only the Poor: The Middle Classes and the Welfare State