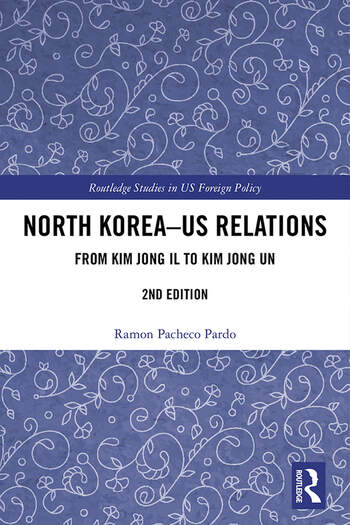 How has North Korea sought to normalize diplomatic relations with the US? Explaining the continuities between the Kim Jong-un and Kim Jong-il governments, as well as the discontinuities, especially the decisive move towards brinkmanship under Kim Jong-un culminating in 2017 and subsequent turn towards diplomacy, this book shows how North Korea has constantly learnt from its own experience and the experience of others to evolve and adapt its policy towards the US.

This fully revised and expanded second edition draws on interviews and conversations with American, North and South Korean, Chinese and other countries’ policy-makers and experts and North Korean official media stories. It has been updated to include discussion of the post-2012 period when Kim Jong-un replaced his father to become the leader of North Korea, and provides detailed analysis of both presidencies, concluding with a study of the two bilateral summits held with President Donald Trump.

Showing how weaker powers can try to achieve their main foreign policy goals with respect to great powers, this book will be of interest to scholars and students of the international relations of East Asia, US Foreign Policy, Korean Studies and Foreign Policy Analysis. It should also prove relevant to those studying international bargaining and negotiation.

2. North Korea and the Clinton administration

is Reader in International Relations at King's College London and the KF-VUB Korea Chair at the Institute for European Studies of Vrije Universiteit Brussel. Dr Pacheco Pardo is also Committee Member at CSCAP EU. He has held visiting positions at Korea University, the Lee Kuan Yew School of Public Policy and University of Melbourne.