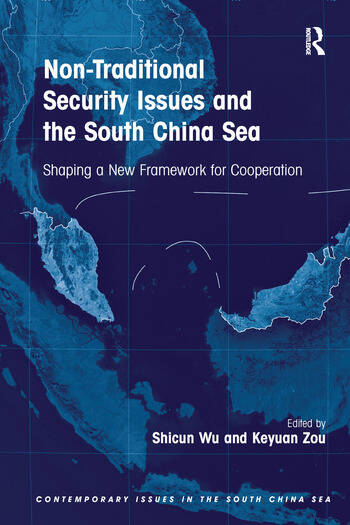 While there is abundant literature discussing non-traditional security issues, there is little mention of such issues existing in the South China Sea. This area is vulnerable to natural hazards and marine environmental degradation. The marine ecosystem is threatened by various adverse sources including land-based pollution, busy shipping lanes, and over-exploitation activities which threaten the security of the surrounding population. This area is also threatened by piracy and maritime crimes but law enforcement becomes difficult due to unclear maritime boundaries. This volume is designed to explore the security cooperation and regional approaches to these non-traditional security issues in the hope to build a peaceful environment and maintain international and regional security and order in the South China Sea region.

’Not about conflict but cooperation! This book could transform our thinking about the South China Sea.’ Stein TÃ¸nnesson, Peace Research Institute Oslo (PRIO), Norway and Uppsala University, Sweden ’Non-Traditional Security Issues in the South China Sea represents a timely and much-needed compendium of scholarly perspectives on critically important yet oft-neglected, if unconventional, security issues in the context of arguably the Asia-Pacific’s most troublesome and sensitive maritime flashpoints. While the issues covered are diverse - encompassing security cooperation, combating piracy, environmental security, energy issues and the impacts of climate change - the quality of the contributions included is consistently excellent and together provide vital insights and avenues for cooperation in this sensitive potential arena for conflict. An essential read for anyone interested in the South China Sea and Asia-Pacific security issues more widely conceived.’ Clive Schofield, University of Wollongong, Australia