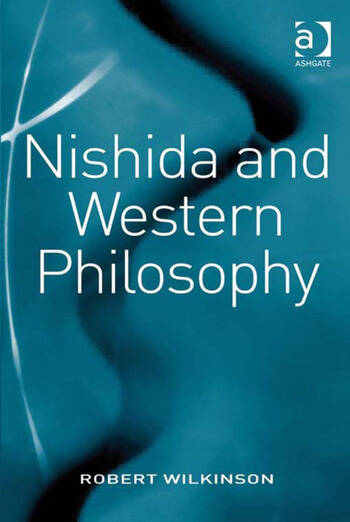 Nishida Kitaro (1870-1945) is the most important Japanese philosopher of the last century. His constant aim in philosophy was to try to articulate Zen in terms drawn from Western philosophical sources, yet in the end he found that he could not do so, and his thought illustrates a conceptual incommensurability at the deepest level between the main line of the Western tradition and one of the main lines in Eastern thought. This book is a work of comparative philosophy. Attention is given to the consequences of Nishida's metaphysics in the areas of ethics, aesthetics, the philosophy of religion and notably the implications of Nishida's example for the question of pluralism. This study of Nishida brings into sharp focus the question of whether, faced with a conceptual incommensurability at as deep a level as that manifested by Zen, the choice between it and its Western alternative can be wholly rational.

’Robert Wilkinson has given Western philosophers a first-rate introduction to the thought of Japan's preeminent modern philosopher, Nishida Kitaro. I know of no single monograph, in any Western language, to compare with it for its careful, critical, and comprehensive treatment of Nishida's wrestle with the thought of Aristotle, Plato, Kant, Fichte, Hegel, James, and Bergson. ...Robert Wilkinson has done Nishida studies an admirable service. There is much to be learned from Nishida and Western Philosophy, and one can only hope that more and more Western philosophers will take the time to learn it.’ Japanese Journal of Religious Studies 'The broad range of topics, together with the various challenges Wilkinson poses to common interpretations, renders this book a very welcome addition to the literature.' Philosophy in Review '... both specialists and beginning students alike will find much that is informative, engaging, and insightful in Wilkinson’s concise mapping of Nishida’s position relative to the numerous Western thinkers that influenced Nishida over the course of his career... In addition to specialists, this book should also prove useful to beginning readers of Nishida. Those who have taught Kyoto School material in college classrooms know that many students, including philosophy majors, lack not only the background in Japanese thought necessary to appreciate Nishida, but are also unfamiliar with many of the Western sources on which he relied. Wilkinson’s book, by providing clear and accessible overviews of relevant ideas from James, Bergson, Fichte, and the neo-Kantians, among others, would be an excellent supplemental text in a course on the Kyoto School at either the undergraduate or graduate level.' SOPHIA 'The strengths of Wilkinson’s relatively brief and accessible book[...] include its general clarity of presentation and argumentation, and its focusÂ­ - announced in the title - on Nishida’s critical dialogue with Western philosophers a