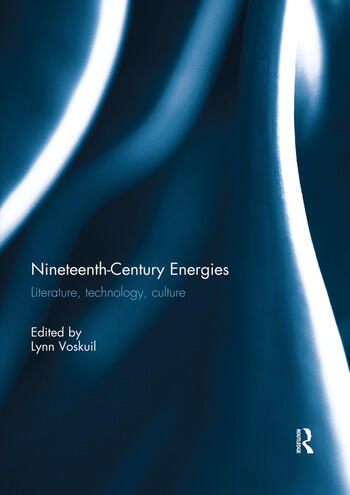 Nineteenth-Century Energies explores the idea of ‘energy’, a concept central to new directions in interdisciplinary studies today. It examines the cultural perceptions and uses of energy in the nineteenth century – both in terms of pure and applied science, and as an idea with widespread diffusion in the popular imagination – in contributions by scholars drawing on a variety of fields, such as literature, philosophy, history, French studies, Latin American studies, cinema studies, and art history. These contributions explore the rise of insomnia as a recognized ailment, the role of guns and gun culture in the perception of human agency, the first uses of the barometer to predict massive cyclonic weather systems, and the hallucinatory, almost occult effects of radiant energy in early film.

Exemplifying innovative research in twenty-first century academia, this volume also speaks to the wider cultural concerns of today’s global citizen about the preservation and renewal of natural resources around the world; the emergence of devices and technologies that have both improved and impaired human life; the aggrandizement of nation-states around large technological systems; and the centrality of the image in our perception and absorption of contemporary culture. This book was originally published as a special issue of Nineteenth-Century Contexts.

Lynn Voskuil is Associate Professor of English at the University of Houston, Texas, USA. She is the author of Acting Naturally: Victorian Theatricality and Authenticity (2004), and a large number of essays and journal articles. She is currently completing a book manuscript that explores the ecological and imperial history of nineteenth-century exotic horticulture in Britain.