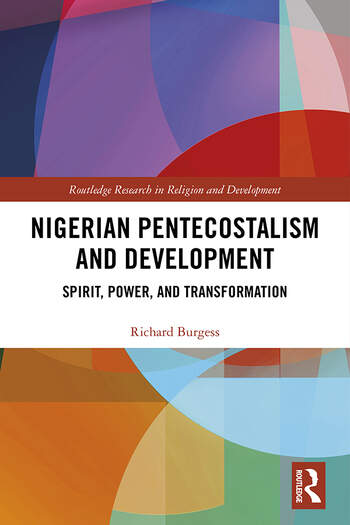 This book examines the contributions, both intentional and unintentional, of Nigerian Pentecostal churches and NGOs to development, studying their development practices broadly in relation to the intersecting spheres of politics, economics, health, education, human rights, and peacebuilding. In sub-Saharan Africa, Pentecostalism is fast becoming the dominant expression of Christianity, but whilst the growth and civic engagement of these churches has been well documented, their role in development has received less attention. The Nigerian Pentecostal landscape is one of the most vibrant in Africa. Churches are increasingly assuming more prominent roles as they seek to address the social and moral ills of contemporary society, often in fierce competition with Islam for dominance in Nigerian public space.

Some scholars suggest that the combination of an enchanted worldview, an emphasis on miracles and prosperity teaching, and a preoccupation with evangelism, discourages effective political engagement and militates against development. However, Nigerian Pentecostalism and Development argues that there is an emerging movement within contemporary Nigerian Pentecostalism which is becoming increasingly active in development practices. This book goes on to explore the increasingly transnational approach that churches take, often seeking to build multicultural congregations around the globe, for instance in Britain and the United States.

will be of considerable interest to scholars and students concerned with the intersection between religion and development, and to development practitioners and policy makers working in the region.

5. Pentecostal Approaches to Healing and Healthcare