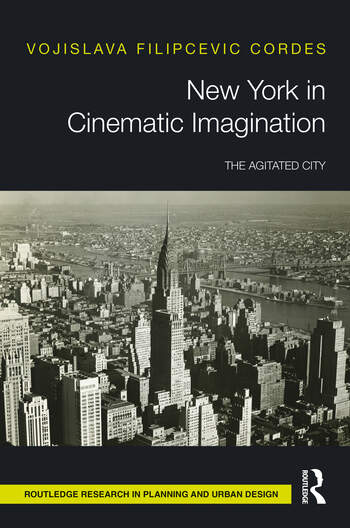 is an interdisciplinary study into urbanism and cinematic representations of the American metropolis in the twentieth century. It contextualises spatial transformations and discourse about New York during the Great Depression and the Second World War, examining both imaginary narratives and documentary images of the city in film.

The book argues that alternating endorsements and critiques of the 1920s machine age city are replaced in films of the thirties and forties by a new critical theory of ‘agitated urban modernity’ articulated against the backdrop of turbulent economic and social settings and the initial practices of urban renewal in the post-war period.

Written for postgraduates and researchers in the fields of film, history and urban studies, with 40 black and white illustrations to work alongside the text, this book is an engaging study into cinematic representations of New York city.

Chapter Two: The City in Motion

Chapter Four: In the Streets of Harlem

Vojislava Filipcevic Cordes holds a Ph.D. in Urban Planning from Columbia University, and was a Paul E. Raether Postdoctoral Fellow in Urban and Global Studies at Trinity College. She is a New York-based scholar whose research focuses on cinema and urban space, immigrant incorporation, and political activism in sanctuary cities.