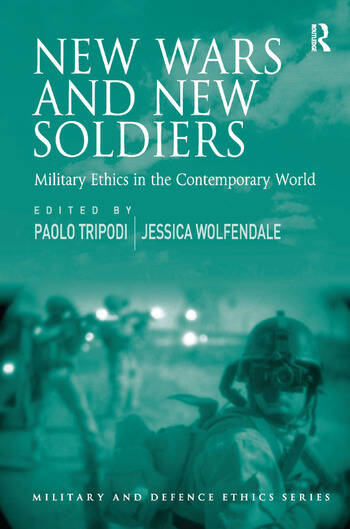 Bringing together contributors from philosophy, international relations, security studies, and strategic studies, New Wars and New Soldiers offers a truly interdisciplinary analysis reflective of the nature of modern warfare. This comprehensive approach allows the reader to see the broad scope of modern military ethics, and to understand the numerous questions about modern conflict that require critical scrutiny. Aimed at both military and academic audiences, this paperback will be of significant interest to researchers and students in philosophy, sociology, military and strategic studies, international relations, politics, and security studies, acting as an ideal course text or as supplementary reading.

'It is supremely difficult to "teach" ethics - and equally important to do so. These essays are accessible, diverse, intriguing. On one level they show us troublesome issues of the globe's newest contest grounds peopled with mercenaries, illegals, terrorists, and innocent civilians. At their best, these chapters help us with what contributor Rebecca Johnson thoughtfully calls "moral capacity building for irregular warfare".' Christopher C. Harmon, Marine Corps University, USA and author of Terrorism Today 'Tripodi and Wolfendale have brought together a multidisciplinary team of authors to address a wide range of ethical dilemmas faced by soldiers in the new missions conducted in unconventional battlefields. Readable, wide ranging and engaging, this book analyses the ways in which the principles of military ethics can be applied to contemporary warfare and reminds us that this subject should not be neglected in the education of today’s soldiers.' Christopher Dandeker, King's College London, UK 'Aimed at both military and academic audiences, the book strikes a nice balance between scholarly rigour and practical relevance. Its chapters are grouped into several main themes: discussions of the continued relevance of 'just war theory'; the implicit and explicit obligations of nations that engage in humanitarian intervention; the ethical implications of new technologies and new actors in the battlespace; and finally a 'rubber-hits-the-road' examination of the implications of all this for combat behaviour, leadership and training... thoughtful and provocative... I commend this book to professional readers at all levels, and particularly senior leaders.' Australian Defence Force Journal 'Warfare has undergone a radical transformation in recent decades. The objectives of war; the agents of war; the targets and victims of war; the methods and weapons of war; and the nature of the battlefield have all changed. New Wars and New Soldiers not only subjects these various devel