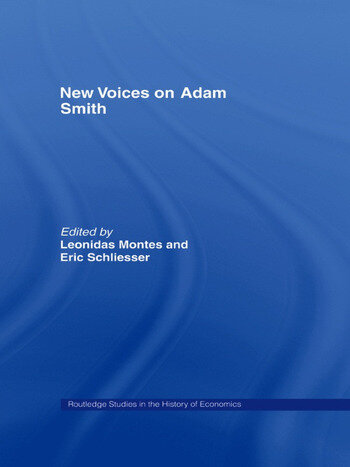 In recent years, there has been a resurgence of academic interest in Adam Smith. As a consequence, a large number of PhD dissertations on Smith have been written by international scholars - in different languages, and in many diverse disciplines, including economics, women’s studies, philosophy, science studies, political theory and english literature: diversity which has enriched the area of study.

In response to this activity, and in order to making these contributions more easily accessible to other Smith scholars, Leonidas Montes and Eric Schliesser have edited this important new book.  Of interest to Smith scholars and those interested in the history of economic thought in general, the contributions to this book are self-consciously interdisciplinary and skilfully employ many different methodologies.

Leonidas Montes is Associate Professor of Economics at the Universidad Adolfo Ibañez, Chile. Eric Schliesser is an Assistant Professor in the Philosophy Department of Syracuse University, USA.