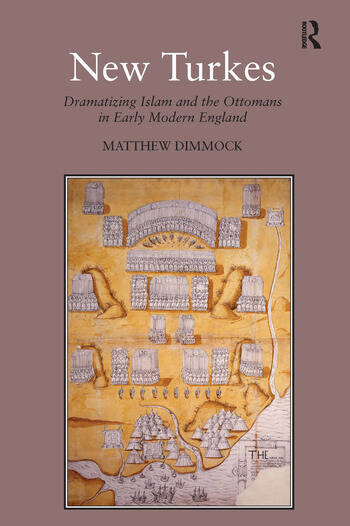 Early Modern England was obsessed with the 'turke'. Following the first Ottoman siege of Vienna in 1529 the printing presses brought endless prayer sheets, pamphlets and books concerning this 'infidel' threat before the public in the vernacular for the first time. As this body of knowledge increased, stimulated by a potent combination of domestic politics, further Ottoman incursions and trade, English notions of Islam and of the 'turke' became nuanced in a way that begins to question the rigid assumptions of traditional critical enquiry. New Turkes: Dramatizing Islam and the Ottomans in Early Modern England explores the ways in which print culture helped define and promulgate a European construction of 'Turkishness' that was nebulous and ever shifting. By placing in context the developing encounters between the Ottoman and Christian worlds, it shows how ongoing engagements reflected the nature of the 'Turke' in sixteenth century English literature. By offering readings of texts by artists, poets and playwrights - especially canonical figures like Kyd, Marlowe and Shakespeare - a bewildering variety of approaches to Islam and the 'turke' is revealed fundamentally questioning any dominant, defining narrative of 'otherness'. In so doing, this book demonstrates how continuing English encounters, both real and fictional, with Muslims complicated the notion of the 'Turke'. It also shows how the Anglo-Ottoman relationship - which was at its peak in the mid-1590s - was viewed with suspicion by Catholic Europe, particularly the apparent ritual and devotional similarities between England's reformed church and Islam. That the 'new turkes' were not Ottoman Muslims, but English Protestants, serves as a timely riposte to the decisive rhetoric of contemporary conflicts and modern scholarly assumption.

Contents: Introduction; The 'Turke' and 'Turkishness' in England, 1529-71; Receiving 'great affection' from 'the Turke': Anglo-Ottoman relations and the stage; George Peele and English perspectives on 'Alcazar'; 'Mighty hath God and Mahomet made thy hand': Tamburlaine and Islam; 'The troublers of all Christendome': dramatizing the Ottomans in the 1590s; Conclusion: 'All of our nation that knowe Turkie': the Ottomans and English culture; Bibliography; Index.

Dr Matthew Dimmock is a lecturer in English at the University of Sussex, UK.

'This timely and compelling book takes a fresh look at the Elizabethan drama to show how the encounter with the 'Turke' achieved its vital position at the heart of English cultural identity. An essential read for anyone wanting to understand the complexity of Britain's cultural relationship to the Islamic tradition today.' Professor Lisa Jardine, Queen Mary, University of London 'Matthew Dimmock's study New Turkes forms a solid and significant contribution to [...] existing scholarship. It is an innovative piece of work which approaches the subject matter from a fresh perspective, fills in many of the existing gaps and reassesses current research... New Turkes has much to offer and makes a valuable contribution to the field with readings that are both complex and illuminating. Dimmock steers his way sensibly through a mass of primary sources while maintaining a good balance between the reading of the plays and that of other primary evidence.' English 'New Turkes is an important contribution to Anglo-Ottoman studies, and to our understanding of religious polemic and interfaith relations in the early modern era.' Renaissance Quarterly 'The present work represents a valuable addition to the fairly new field of study - literary Orientalism.' The Muslim World 'Dimmock's study is subtle, perceptive, and written with meticulous attention to detail. A superb analytical inroad into the intimate relations between politics, propaganda, mercantilism, and performing arts, it provides the reader with deep insight into the extent to which the articulation of national identity is a response to and manipulation of cultural and religious differences... Students of English drama, premodern 'Orientalism', and construction of self-identity will doubtless find it enriching and stimulating.' Sixteenth Century Journal ’... impressive range of documentary sources... New Turkes has been meticulously researched and provides a valuable inventory of printed primary source mate