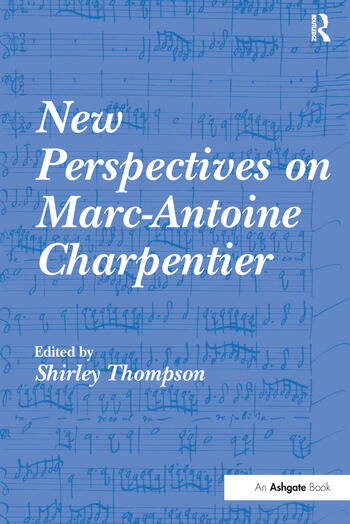 The tercentenary of Marc-Antoine Charpentier's death in 2004 stimulated a surge of activity on the part of performers and scholars, confirming the modern assessment of Charpentier (1643-1704) as one of the most important and inventive composers of the French Baroque. The present book provides a snapshot of Charpentier scholarship in the early years of the new century. Its 13 chapters illustrate not only the sheer variety of strands currently pursued, but also the way in which these strands frequently intertwine and generate the potential for future research. Between them, they examine facets of the composer's compositional language and process, aspects of his performance practice and notation, the contexts within which he worked, and the nature of his legacy. The appendix contains a transcription of the inventory of Charpentier's manuscripts prepared when their sale to the Royal Library was negotiated in 1726 - an invaluable research tool, as numerous chapters in the book demonstrate. The wide variety of topics covered here will appeal both to readers interested in Charpentier's music and to those with a broader interest in the music and culture of the French Baroque, including aspects of patronage, church and theatre. Far from treating his output in isolation, this book places it in the wider context alongside such composers as Lully, Lalande, Marais, FranÃ§ois Couperin and Rameau; it also views the composer in relation to his Italian training. In the process, the under-examined question of influence - who influenced Charpentier? whom did he influence? - repeatedly comes to the fore. The book's Foreword was written by H. Wiley Hitchcock shortly before he died. Hitchcock's own part in raising the profile of Charpentier and his music to the level of recognition which it now enjoys cannot be emphasized enough. Appropriately the volume is dedicated to his memory.

’All the contributions are worth reading and not unapproachable. ...Thanks particularly to Les Arts Florissants, Charpentier's music is widely circulated on CD, and anyone performing his music would benefit from investigating this excellent publication. (Scholars won't need the commendation.)’ Early Music Review '[T]he book makes a significant contribution to Charpentier research.' Notes '... comprehensive and well-edited collection, providing a wealth of background material for music-lovers, performers and musicologists alike.' Early Music '... an important and original volume.' The Consort '... a valuable contribution to Charpentier and his musical world.' Revue de Musicologie