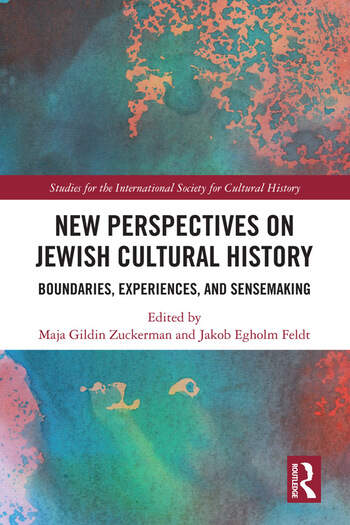 This book presents original studies of how a cultural concept of Jewishness and a coherent Jewish history came to make sense in the experiences of people entangled in different historical situations. Instead of searching for the inconsistencies, discontinuities, or ruptures of dominant grand historical narratives of Jewish cultural history, this book unfolds situations and events, where Jewishness and a coherent Jewish history became useful, meaningful, and acted upon as a site of causal explanations. Inspired by classical American pragmatism and more recent French pragmatism, we present a new perspective on Jewish cultural history in which the experiences, problems, and actions of people are at the center of reconstructions of historical causalities and projections of future horizons. The book shows how boundaries between Jewish and non-Jewish are not a priori given but are instead repeatedly experienced in a variety of situations and then acted upon as matters of facts. In different ways and on different scales, these studies show how people's experiences of Jewishness perpetually probe, test, and shape the boundaries between what is Jewish and non-Jewish, and that these boundaries shape the spatiotemporal linkages that we call history.

3. The Death of the Renegade: On Jewish Experience in the 20th Century

6. The Presence of Past Struggles: The Jews and the Boundaries of Enlightenment

7. "It Is Hellas and Israel to Which Europe Owes Its Culture:" Georg Brandes and His Athens vs. Jerusalem Re-interpretations

8. From Jewish Separateness to Jewish and Non-Jewish Entanglement: A Shift to a "New Jewish History"?

9. To Walk in the Footsteps of Your Ancestors: Roots Tourism in Yiddishland