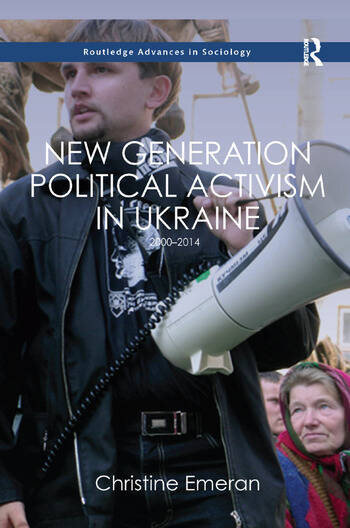 Individuals in the post-Communist Ukraine dealt with a political climate of stalled reforms and corruption, leading to a mass distrust of many political institutions. This had a demobilizing effect on a citizen’s sense of capacity to effect social change. Therefore, the emergence of any individual to become an activist and involved in protest movements was a remarkable feat. So how does an individual become an activist in such a climate?

This book explains how socio-cultural experiences shape an individual’s choices to become an activist in the authoritarian space of post-Soviet Ukraine by applying a cultural, actor-centred approach using qualitative methods of interviews and ethnography. The goal is to better understand the dynamics of individual decision-making between participants in collective protest actions under repressive conditions from the State using biographical narratives. The book covers multiple discussions with five young activists involved in the three largest protest events since Ukrainian independence in 1991: the Ukraine without Kuchma Movement of 2000–2001, the Orange Revolution of 2004, and the Euromaidan protests of 2014.

This is valuable reading for students and researchers interested in political sociology, social movements and Ukrainian politics, and how these Ukrainian protests can be related to wider European political movements.

2. The Emergence of an Actor

Christine Emeran holds a PhD in Sociology from The New School for Social Research (New York), conducted post-doctoral research at the Université Paris Descartes (Sorbonne Paris Cité) and now works as an education policy consultant for an international organization. Her research interests include political sociology, social movements, Ukraine and higher education. She has been the recipient of the Fulbright U.S. Student Program and IREX Individual Advanced Research Opportunities Program fellowships in Ukraine.