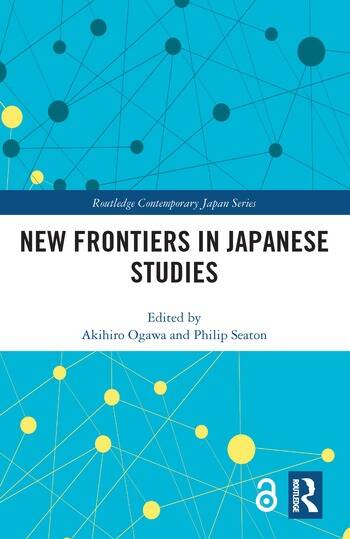 Over the last 70 years, Japanese Studies scholarship has gone through several dominant paradigms, from ‘demystifying the Japanese’, to analysis of Japanese economic strength, to discussion of global interest in Japanese popular culture. This book assesses this literature, considering future directions for research into the 2020s and beyond.

Shifting the geographical emphasis of Japanese Studies away from the West to the Asia-Pacific region, this book identifies topic areas in which research focusing on Japan will play an important role in global debates in the coming years. This includes the evolution of area studies, coping with aging populations, the various patterns of migration and environmental breakdown. With chapters from an international team of contributors, including significant representation from the Asia-Pacific region, this book enacts Yoshio Sugimoto’s notion of ‘cosmopolitan methodology’ to discuss Japan in an interdisciplinary and transnational context and provides overviews of how Japanese Studies is evolving in other Asian countries such as China and Indonesia.

is a thought-provoking volume and will be of great interest to students and scholars of Japanese and Asian Studies.

2. Exporting theory ‘made in Japan’: the case of contents tourism, Philip Seaton

Part 2: Coping with an aging society

8. Immigrants caring for other immigrants: the case of the Kaagapay Oita Filipino Association, Melvin Jabar

9. Invisible migrants from Sakhalin in the 1960s: a new page in Japanese migration studies, Svetlana Paichadze

10. Japanese women in Korea in the postwar: between repatriation and returning home, Mooam Hyun

11. Challenging the ‘global’ in the global periphery: performances and negotiations of academic and personal identities among JET-alumni Japan scholars based in Japan, Sachiko Horiguchi

12. Dream vs. reality: the lives of Bangladeshi language students in Japan, Siddiqur Rahman

14. ‘Life could not be better since I left Japan!’: transnational mobility of Japanese individuals to Europe and the post-Fordist quest for subjective well-being outside Japan, Susanne Klien

Akihiro Ogawa is Professor of Japanese Studies at the University of Melbourne’s Asia Institute, Australia. His major research interest is in contemporary Japanese society, focusing on civil society.

is a Professor in the Institute of Japan Studies, Tokyo University of Foreign Studies, Japan. His main research areas are Japanese memories of the Asia-Pacific War and tourism induced by popular culture.