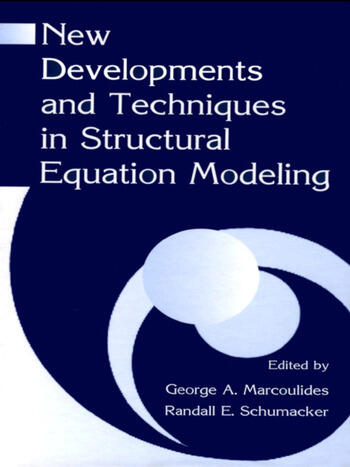 Featuring contributions from some of the leading researchers in the field of SEM, most chapters are written by the author(s) who originally proposed the technique and/or contributed substantially to its development. Content highlights include latent variable mixture modeling, multilevel modeling, interaction modeling, models for dealing with nonstandard and noncompliance samples, the latest on the analysis of growth curve and longitudinal data, specification searches, item parceling, and equivalent models. This volume will appeal to educators, psychologists, biologists, business professionals, medical researchers, and other social and health scientists. It is assumed that the reader has mastered the equivalent of a graduate-level multivariate statistics course that included coverage of introductory SEM techniques.

"This book will be useful for educators, psychologists, biologists, business professionals, medical researchers, and other social and health scientists. It is assumed that the reader had mastered the equivalent of a graduate-level multivariate statistics course that included an introduction to SEM techniques."
—Zentralblatt f�r Mathematik

"This book fills the void of a text that concisely presents the state of the art in the development of methods for SEM. Would I recommend it? The answer is a clear and loud yes. I consider myself fortunate having it on my desk. I already use it in my courses."
—Contemporary Psychology, APA REVIEWS OF BOOKS