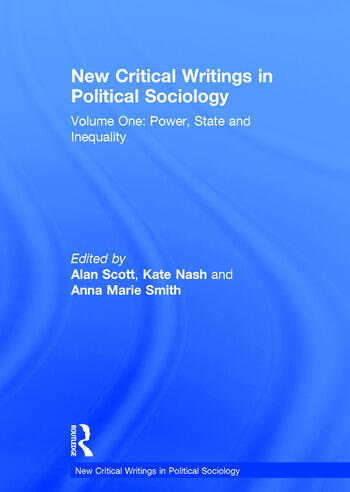 The first volume of the series covers the key themes of political sociology as these have emerged in the course of the (sub-)discipline's development: state formation; legitimation; power; regulation, and inequality. The widening of the focus of political sociology from the nation-state and from models of power based on agents' wills and explicit agendas is reflected in the selection. The volume includes both 'standard' and highly-influential contributions - such as Elias on violence, Habermas on legitimation crisis or Lukes on power - and works that are perhaps less well known, but which represent a representative cross-section of themes and debates in the area. The historical formation of the state and its shifting spatial reach are covered in the first and final sections respectively. In between, both substantial issues - e.g. the changing nature of social policy and welfare regimes - and a wide range of theoretical and conceptual issues - are discussed by leading representative of the vying positions within the field.