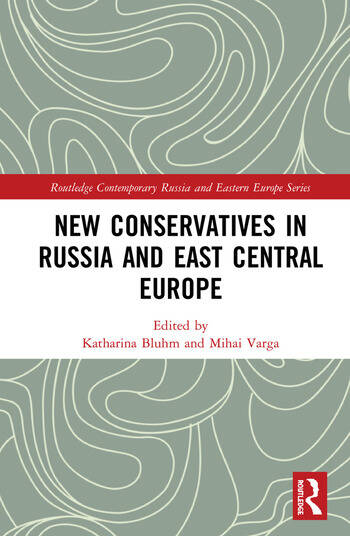 This book explores the emergence, and in Poland, Hungary, and Russia the coming to power, of politicians and political parties rejecting the consensus around market reforms, democratization, and rule of law that has characterized moves toward an "open society" from the 1990s. It discusses how over the last decade these political actors, together with various think tanks, intellectual circles, and religious actors, have increasingly presented themselves as "conservatives," and outlines how these actors are developing a new local brand of conservatism as a full-fledged ideology that counters the perceived liberal overemphasis on individual rights and freedom, and differs from the ideology of the established, present-day conservative parties of Western Europe. Overall, the book argues that the "renaissance of conservatism" in these countries represents variations on a new, illiberal conservatism that aims to re-establish a strong state sovereignty defining and pursuing a national path of development.

1 Introduction: toward a new illiberal conservatism in Russia and East Central Europe

3 The universal and the particular in Russian conservatism

4 Against "post-communism": the conservative dawn in Hungary

5 New conservatism in Poland: the discourse coalition around Law and Justice

6 The national conservative parties in Poland and Hungary and their core supporters compared: values and socio-structural background

8 The limits of conservative influence on economic policy in Russia

9 The "Budapest–Warsaw Express": conservatism and the diffusion of economic policies in Poland and Hungary

10 Gender in the resurgent Polish conservatism

12 Religious conservatism in post-Soviet Russia and its relation to politics: empirical findings from ethnographic fieldwork

13 Ready for diffusion? Russia’s "cultural turn" and the post-Soviet space

14 The emergence and propagation of new conservatism in post-communist countries: systematization and outlook

Katharina Bluhm is Professor of Sociology at the Freie Universität, Berlin.

Mihai Varga is Senior Researcher and Lecturer at the Institute for East European Studies at the Freie Universität, Berlin.