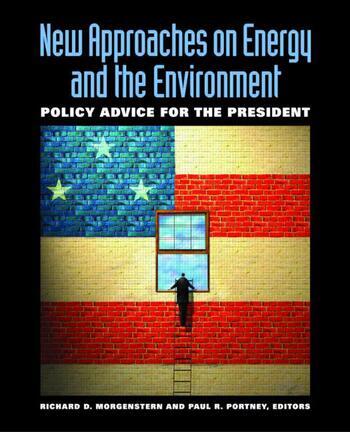 New Approaches on Energy and the Environment: Policy Advice for the President

Written by economists and policy analysts at Resources for the Future, a Washington, DC, think tank with a tradition for independent, objective research, this collection of twenty-five 'memos to the President' offers constructive policy options for the elected administration on critical challenges related to energy, the environment, and natural resources. Each contributor to New Approaches on Energy and the Environment was asked to address the question: 'Based on your research and knowledge, what policy recommendation would you like to make to the next U.S. president?' Writing in advance of the 2004 election so as to keep their essays free of partisan interpretations, the authors were asked not to confine their suggestions to what the prevailing wisdom says is politically possible. They also took pains to make their ideas accessible to a busy president as well as a wide range of readers interested in a concise and authoritative overview of the nation's energy and environmental policy choices. The results are provocative, sometimes controversial, but highly readable essays on topics including climate change, oil dependency, electricity regulation, brownfields revitalization, forest service administration, air and water quality, and environmental health issues such as food safety and the growing threat of antibiotic resistance. When the President takes office in January, 2005, he will confront competing perspectives about the priorities and approaches that should apply to energy and environmental policy: Americans want cleaner air and water and healthy and attractive surroundings, but they also want inexpensive fuel, comfortable cars and houses, and continued economic growth. New Approaches on Energy and the Environment provides thought-provoking, commonsense contributions to debates about important energy and environmental issues confronting the U.S. today.

Richard D. Morgenstern focuses on the costs, benefits, and design of environmental policies. His research interests include conventional types of pollution as well as global climate change. He has served in senior policy posts in both the U.S. Environmental Protection Agency and the U.S. Department of State. Paul R. Portney is president of Resources for the Future and is the author or coauthor of ten books, including Public Policies for Environmental Protection. He is former chief economist at the Council on Environmental Quality.

New Approaches on Energy and the Environment: Policy Advice for the President