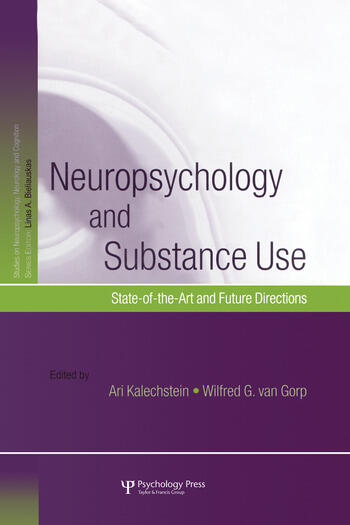 Neuropsychology and Substance Use: State-of-the-Art and Future Directions

Substance use continues to be a major public health problem, and the ramifications of this are manifold. For instance, at present, on a yearly basis, the total economic cost of substance misuse is literally hundreds of billions of dollars. These costs are related to a number of factors, including, but not limited to, treatment and prevention, reduced job productivity and/or absenteeism, interdiction by the criminal justice, and incarceration.

There are many more psychosocial consequences of substance misuse, and these have been well–documented over the past four to five decades; in contrast, with the exception of alcohol, the effects of substance misuse on the brain have received attention only in the past 10 to 15 years. An emerging body of literature has reported on the effects of various drugs on neuropsychological functioning, including benzodiazepines, cocaine, marijuana, MDMA, methamphetamine, nicotine, and opioids. Despite the fact that the neuropsychological consequences of many drugs of abuse are well–documented, to our knowledge, no one had previously published an edited volume that focused exclusively on this issue. Based on this fact, we decided to create a volume that would review the available literature regarding on this topic.

Neuropsychology and Substance Misuse: State-of-the-Art and Future Directions explores cutting-edge issues, and will be of interest to clinical neuropsychologists who require the latest findings in this increasingly important area of neuropsychology.

Neuropsychology and Substance Use: State-of-the-Art and Future Directions