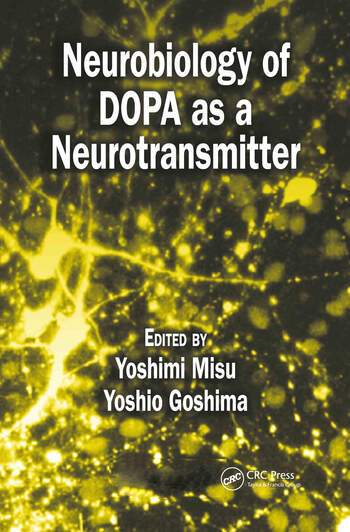 Neurobiology of DOPA as a Neurotransmitter

New research suggests it is highly probable that DOPA, in addition to being a precursor to dopamine, functions by itself as a neurotramsmitter and/or neuromodulator. Neurobiology of DOPA as a Neurotransmitter integrates background information about DOPA as an inert amino acid precursor of dopamine with the evidence showing that DOPA fulfills several criteria of neurotransmitters. Providing easy access to, and complete understanding of, the latest research on the subject, the book makes the case that DOPA meets many of the criteria of neurotransmitters and includes anti-evidence in some instances.

The book begins with a historical review of current knowledge of DOPA. It characterizes DOPA as a prominent example showing transmutation from an inert substance to a gold drug in Parkinson's disease and further to a neurotransmitter in its own right. The next chapters cover the essential criteria of a neurotransmitter such as synthesis, existence, and competitive antagonism. The book describes metabolism composed of catecholamine synthesis and degradation products related to neuron death, physiological release of DOPA in the lower brainstem, striatum, and nucleus accumbens, and physiological or pharmacological responses involved in baroreflex neurotransmission and related to behavioral science including interactions with catecholamines, acetylcholine, glutamate, and GABA. The book explores recognition sites, transport sites, and therapeutic role and mechanisms for neuron death related to adverse influence in the treatment of Parkinson's Disease.

Edited by experts in the field, the breadth and depth of information contained in this book is confirmed by a quick scan of the chapter authors. They summarize the issues surrounding DOPA neurotoxicity and explore the link between experimental studies and clinical relevance.

"…a highly detailed review of antipsychotic drugs and neuroreceptors. There are many reviews of psychopharmacology, but this is one of the most specialized and exhaustive I have read. Any clinician or researcher interested in antipsychotic medications would find it a useful addition to their library."
-William Miles, M.D., Rush-Presbyterian-St. Luke's Medical Center
"The editors have succeeded well in their objective: to begin bridge the gap between the lab and the clinic. Dopamine, dopamine receptors, and dopamine transport lie at the core of important human disorders such as schizophrenia and Parkinson's disease. 4 Stars!"
- Daniel B. Hier, MD, University of Illinois at Chicago College of Medicine, for Doody's Review

"… present a timely overview of the different aspects of this amino acid in neurotransmission. … written by over 40 leading experts … a must-read for every neuroscientist working on endogenous neurotransmitters." 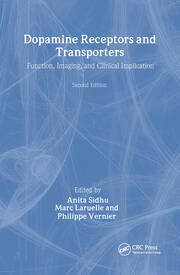 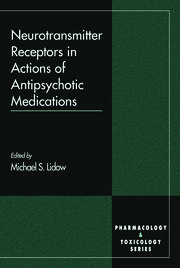 Neurobiology of DOPA as a Neurotransmitter