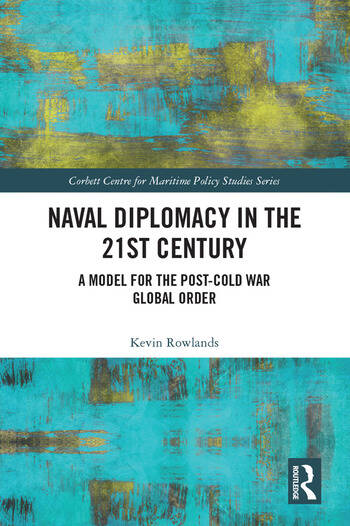 Naval Diplomacy in 21st Century: A Model for the Post-Cold War Global Order

This book offers a detailed investigation of naval diplomacy, past and present, and challenges the widely accepted Anglo-American school of sea power thought.

Despite the acknowledgement of the importance of the threat or use of force in the pursuit of policy since the dawn of strategic thought, the utility of seapower in operations other than war is poorly understood and articulated. Theorists have invariably viewed seapower in peacetime through the lens of hard power effects such as coercion and deterrence. Commentaries on engagement, interoperability and the forging of friendships are largely conspicuous by their absence. This book considers how all these strands of international politics can be better understood for use in the 21st century.

The book explains and defines naval diplomacy, with existing theoretical frameworks being critically analysed. It reviews over 500 incidents from the post-Cold War era, drawing on this empirical evidence to determine that naval diplomacy remains a potent means of 21st century statecraft. It finds that existing understanding of naval diplomacy is insufficient and offers an alternative model, drawing on basic communication and stakeholder theories. The implications of the book relate directly to national security: naval deployments could be more effectively targeted; foreign activity at sea could be better understood and, if necessary, countered; finally, the ability of non-state actors to support national interests from the sea could, potentially, be better harnessed.

This book will be of much interest to students of naval power, maritime security, strategic studies and International Relations.

5. Pax Americana and the U.S. Hegemony at Sea

6. The Return of Great Power Rivalry

7. Towards a New Model for 21st Century Naval Diplomacy

Kevin Rowlands is a Captain in the Royal Navy. He was awarded a PhD in war studies from King’s College London and is the author of 21st Century Gorshkov (2017).

Naval Diplomacy in 21st Century: A Model for the Post-Cold War Global Order