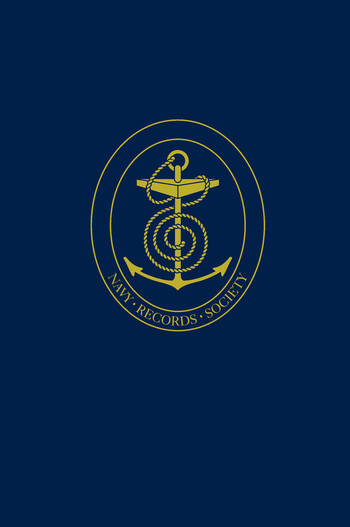 This volume follows the organisation of the editor’s seminal study, Naval Administration in the Age of Walpole (1965), but the documents presented here represents a longer period (of thirty-five years) than in his original book.

Separate sections include documents describing the structure of the central administration, including the Admiralty’s sometimes difficult relationship with the Navy Board; the evolution of the officer corps, rewards and discipline: seamen and their pay, the manning problem and health at sea; ships and shipbuilding; naval stores and timber; the Royal Dockyards, their management, labour relations, and abuses of the system; the development of overseas bases; the victualling of the fleet and naval finance.

APPENDIX
Lists of Admiralty Board, Admiralty Secretaries, Navy Board, and Victualling Board, 1715-1750

Dan Baugh was born on 10 July 1931 at Philadelphia. He graduated from the University of Philadelphia and was commissioned into the US Navy, serving three years in destroyers. He left the US Navy in 1957, and gained his PhD from Cambridge University. He taught at Princeton University and is now Associate Professor of History at Cornell University.