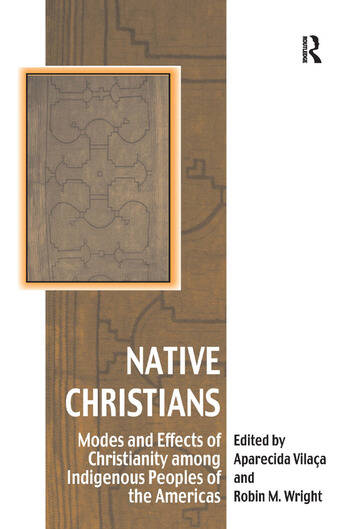 Native Christians: Modes and Effects of Christianity among Indigenous Peoples of the Americas

Native Christians reflects on the modes and effects of Christianity among indigenous peoples of the Americas drawing on comparative analysis of ethnographic and historical cases. Christianity in this region has been part of the process of conquest and domination, through the association usually made between civilizing and converting. While Catholic missions have emphasized the 'civilizing' process, teaching the Indians the skills which they were expected to exercise within the context of a new societal model, the Protestants have centered their work on promoting a deep internal change, or 'conversion', based on the recognition of God's existence. Various ethnologists and scholars of indigenous societies have focused their interest on understanding the nature of the transformations produced by the adoption of Christianity. The contributors in this volume take native thought as the starting point, looking at the need to relativize these transformations. Each author examines different ethnographic cases throughout the Americas, both historical and contemporary, enabling the reader to understand the indigenous points of view in the processes of adoption and transformation of new practices, objects, ideas and values.

Aparecida VilaÃ§a is a specialist in the Ethnology of the South American Lowlands and, since 1996, is Professor in the Graduate Program in Social Anthropology of the Museu Nacional in Rio de Janeiro. For 20 years she has conducted field research among the Wari' of the state of RondÃ´nia (Brazil), having published two monographs about them (Comendo como gente. Formas do canibalismo wari'. Rio de Janeiro: Editora UFRJ/Anpocs, 1992 and Quem somos nÃ³s. Os Wari' encontram os brancos. Rio de Janeiro: Editora UFRJ, 2006) as well as various articles in scientific journals in Brazil and abroad. Since the year 2001, with the conversion en masse of the Wari' to fundamentalist Protestantism, she has devoted her studies to the theme of conversion of native peoples to Christianity, and is preparing a book on the Wari' case. Robin M. Wright is Associate Professor specializing in South American indigenous religions, Anthropology of Religion, and Indigenous Religions in general. For 20 years, Dr Wright was Professor of Anthropology at the State University of Campinas in Brazil where he was also Director of the Center for the Study of Indigenous Ethnology. His principal research since the 1970s has been in the Brazilian Northwest Amazon, although he has done work in Guatemala and the Northeastern US (Six Nations). He has published widely in the area of indigenous religions, indigenous histories and indigenist policies. Among his most important works are a two-volume study of indigenous peoples and Christianity in Brazil; two ethnographies of the histories and religions of the indigenous peoples of the Northwest Amazon; a collection of mythic narratives of the Baniwa Indians; and a co-edited volume on assault sorcery in Amazonia. He has published over sixty articles and chapters in books and, since 1980, has collaborated with non-governmental organizations in Brazil and the US working on behalf of indigenous rights.

'Drawing upon a rich legacy of anthropological studies in Amerindian cosmology, mythology, the body and shamanism, this excellent collection explores the transformative interface between culture and Christianity in a range of societies across the Americas. Without diminishing the reality of major social and economic change, the contributors sensitively explore ways in which indigenous peoples have transformed Christianity according to deeply held cultural values and orientations. Engaging, insightful and provocative, Native Christians is a major contribution to the emerging field of the anthropology of Christianity.' John Barker, University of British Columbia, Canada ’The anthropological study of religious change has gained importance, even urgency, as mission activity has expanded globally, and as traditional communities increasingly participate in global culture. Understanding how and why religious change takes place is a classic problem of social theory, and the editors of the current volume have made significant contributions to this issue in Amazonia.’ Journal of Latin American Studies ’Native Christians is challenging, perplexing, and gives its readers food for thought.’ Missiology 'The editors have made a significant contribution to the literature on Christianity as practised or understood by indigenous peoples of the Americas.' Journal of the Royal Anthropological Institute 'If you are looking for a volume that provides an in-depth series of case studies about Christian conversion, that prepares the ground for a comparative regional discussion about the Christianization/missionization of South America, or that takes seriously the multiple contexts of religious conversion, then Native Christians is certainly a worthwhile read.' Religion and Society - Advances in Research 'Native Christians makes a significant contribution to our understanding of the relationship between indigenous Christianity and the constitution of individual and social bodie

Native Christians: Modes and Effects of Christianity among Indigenous Peoples of the Americas