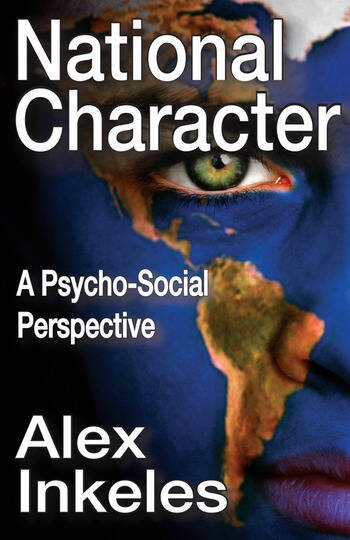 Seen in modern perspective, the concept of national character poses fundamental problems for social science theory and research: To what extent do conditions of life in a particular society give rise to certain patterns in the personalities of its members? What are the consequences?

Alex Inkeles surveys various definitions of national character, tracing developments through the twentieth century. His approach is to examine the regularity of specific personality patterns among individuals in a society. He argues that modal personality may be extremely important in determining which new cultural elements are accepted and which institutional forms persist in a society. Reviewing previous studies, Inkeles canvasses the attitudes and psychological states of different nations in an effort to discover a set of values in the United States. He concludes that, despite recent advances in the field, there is much to be done before we can have a clear picture of the degree of differentiation in the personality structure of modern nations.

Until now, there were few formal definitions and discussions on national character and the limits of this field of study. This book will be of great interest to psychologists, sociologists, philosophers, and political theorists.

1 National Character: The Study of Modal Personality and Sociocultural Systems

5 The Interaction of the Personal and the Sociocultural Systems
6 National Character and Modern Political Systems
7 Rising Expectations: Revolution, Evolution, or Devolution?