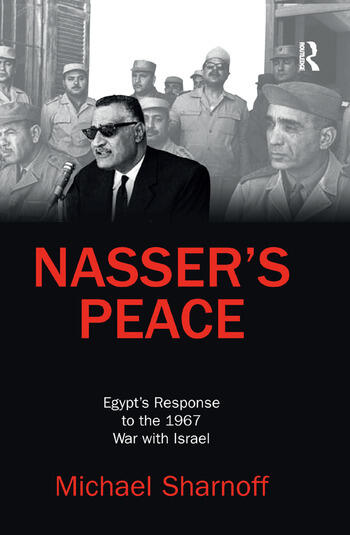 Nasser's Peace: Egypt’s Response to the 1967 War with Israel

Gamal Abdel Nasser was arguably one of the most influential Arab leaders in history. As President of Egypt from 1956 to 1970, he could have achieved a peace agreement with Israel, yet he preferred to maintain his unique leadership role by affirming pan-Arab nationalism and championing the liberation of Palestine, a common euphemism for the destruction of Israel.

In that era of Cold War politics, Nasser brilliantly played Moscow, Washington, and the United Nations to maximize his bargaining position and sustain his rule without compromising his core beliefs of Arab unity and solidarity. Surprisingly, little analysis is found regarding Nasser’s public and private perspectives on peace in the weeks and months immediately after the 1967 War. Nasser’s Peace is a close examination of how a developing country can rival world powers and how fluid the definition of “peace” can be.

Drawing on recently declassified primary sources, Michael Sharnoff thoroughly inspects Nasser’s post-war strategy, which he claims was a four-tiered diplomatic and media effort consisting of his public declarations, his private diplomatic consultations, the Egyptian media’s propaganda machine, and Egyptian diplomatic efforts. Sharnoff reveals that Nasser manipulated each tier masterfully, providing the answers they desired to hear, rather than stating the truth: that he wished to maintain control of his dictatorship and of his foothold in the Arab world.

4. Clandestine Meetings at the United Nations

Nasser's Peace: Egypt’s Response to the 1967 War with Israel