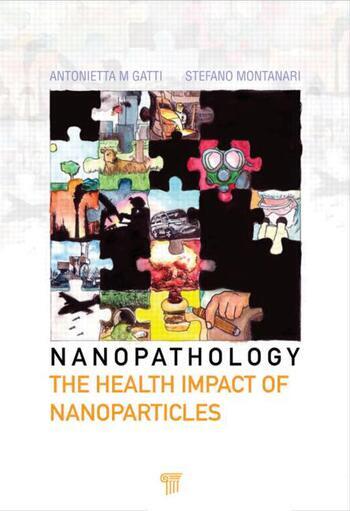 Nanopathology: The Health Impact of Nanoparticles

Enormous funds are currently being invested in nanotechnology, yet very little is known about how its products and by-products can interfere with both end users and people involved in their manufacture. Similar scenarios are already widely known in the history of science, such as the exploitation of radioactivity or the controversial issue of genetically modified organisms. As nanoparticles are more or less voluntarily produced, they are almost uncontrollably disseminated in the environment and in organisms and thus constitute a growing concern. By describing the impact of nanoparticles (and microparticles) on human and animal health, this book offers the first criteria for preventing potential problems deriving from these particles.

Antonietta Morena Gatti is a physicist and bioengineer and the founder and director of the Laboratory of Biomaterials of the University of Modena and Reggio Emilia (Italy). She is the discoverer of the presence of micro- and nanoparticles in biological tissues and of their pathological effects. The European Community appointed her coordinator of the international group in charge of the nanopathology project. She was a keynote speaker on "Depleted Uranium Related Diseases" at the 2005 Audition at the House of Lords in London on the invitation of its president, Lord Morris of Manchester.

Nanopathology: The Health Impact of Nanoparticles