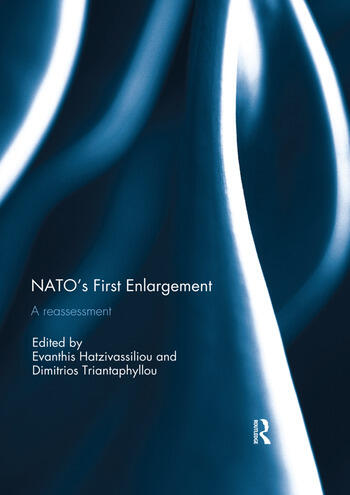 This volume discusses the entry of Greece and Turkey to NATO in 1952 from the perspective of history and international relations. The chapters were originally collected in 2012 to mark the occasion of the sixtieth anniversary of the accession of the two states to NATO. The focus is not on the diplomatic/political events that led to the accession (a subject which has already been extensively discussed in the available bibliography), but expands on a reassessment of this event for the two states as well as for the Balkans, covering aspects of the wider post-war period and providing perspectives for the policies of Turkey, Greece and NATO until the present day. This book was originally published as a special issue of Southeast European and Black Sea Studies.

2. Greek–Turkish relations in an era of regional and global change
F. Stephen Larrabee

3. Turkey’s quest for NATO membership: the institutionalization of the Turkish–American alliance
Şuhnaz Yılmaz

6. NATO and Turkey in the post-Cold War world: between abandonment and entrapment
Serhat Guüvenç and Soli Özel

7. The NATO–EU–Turkey trilogy: the impact of the Cyprus conundrum
Sinem Akgul Acikmese and Dimitrios Triantaphyllou

8. The evolving security environment in the eastern Mediterranean: is NATO still a relevant actor?
Thanos Dokos

Evanthis Hatzivassiliou is a Professor of Contemporary History at the University of Athens, Greece. He is the author of Greece and the Cold War: Frontline State, 1952–1967 (2006) and NATO and Western Perceptions of the Soviet Bloc: Alliance Analysis and Reporting (2014).

Dimitrios Triantaphyllou is an Associate Professor of International Relations at Kadir Has University, Istanbul, Turkey, where he is also the Director of the Center for International and European Studies (CIES). Some of his publications include Turkish Foreign Policy in the Era of the AKP: Towards a Pax Ottoman? [in Greek] (2010); The Security Context in the Black Sea Region (2010); and The European Union and the Black Sea: The State of Play (2015).