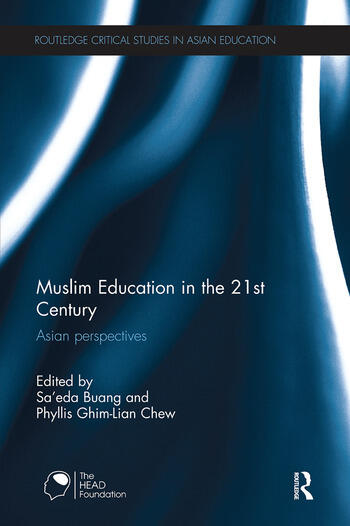 Muslim Education in the 21st Century reinvestigates the current state of affairs in Muslim education in Asia whilst at the same time paying special attention to Muslim schools’ perception of educational changes and the reasons for such changes. It highlights and explores the important question of whether the Muslim school has been reinventing itself in the field of pedagogy and curriculum to meet the challenges of the 21st century education. It interrogates the schools whose curriculum content carry mostly the subject of religion and Islam as its school culture. Typologically, these include state-owned or privately-run madrasah or dayah in Aceh, Indonesia; pondok, traditional Muslim schools largely prevalent in the East Malaysian states and Indonesia; pesantren, Muslim boarding schools commonly found in Indonesia; imam-khatip schools in Turkey, and other variations in Asia.

Contributed by a host of international experts, Muslim Education in the 21st Century focuses on how Muslim educators strive to deal with the educational contingencies of their times and on Muslim schools’ perception of educational changes and reasons for such changes. It will be of great interest to anyone interested in Asian and Muslim education.

The Role, Developments and Challenges of Islamic Education in China

From Jingtang Education to Arabic School: Muslim Education in Yunnan

The Hikmah (wisdom) Program: A Philosophical Inquiry for the Teaching of Islamic Education

Coming to Grips with Modernization: The Teens aL.I.V.E. Programme and the Teaching of Sadaqah (giving of alms)

Sa’eda Buang is a senior lecturer with the Asian Languages and Cultures Academic Group at the National Institute of Education, Nanyang Technological University, Singapore.

Phyllis Ghim-Lian Chew is an associate professor at the Department of English Language and Literature, National Institute of Education, Nanyang Technological University, Singapore. 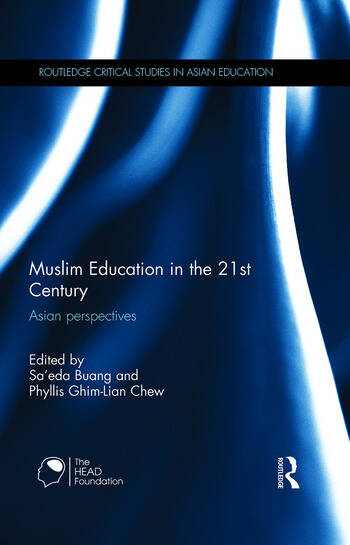