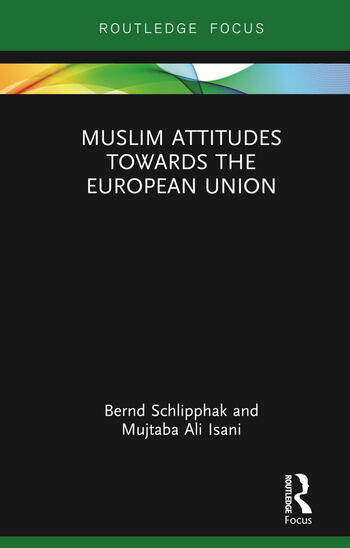 Muslim Attitudes Towards the European Union

Using the best empirical data available, the book demonstrates that Muslim citizens’ attitudes are not shaped by their denomination and religious beliefs, but by material and political considerations. It finds that Muslims are most favourable toward the EU due to their positive experiences in European contexts, whereas in contrast, Muslim citizens outside the EU are more skeptical toward the European Union due to sovereignty concerns and the lack of support from the EU and its member states. Such findings not only contribute to the research on social legitimacy of international organizations and international public opinion more generally, but also provide important suggestions for (European) policy makers regarding external and domestic policies.

This book will be of key interest to scholars, students and practitioners of European Union politics, Middle East studies, public opinion and International Relations.

Introduction: The Rational Explanation of Muslim Attitudes toward the European Union

1. Arab Citizens’ Attitudes toward the European Union: When Sovereignty is the C(l)ue

3. From Everyday Experience to EU Attitudes: The Case of European Muslim Citizens

Conclusion: Explaining (Muslim) EU Attitudes and Its Effects: A Summary and Research Outlook

Bernd Schlipphak is Professor for Empirical Methods in the Social Sciences at the Department of Political Science at the University of Münster, Germany. His work has been published in journals such as The Review of International Organizations, European Union Politics, the Journal of Common Market Studies and the Journal of European Public Policy.

Mujtaba Ali Isani is a Post-Doctoral Fellow at the Department of Political Science at the University of Münster, Germany. His work has been published in the Journal of Common Market Studies, Political Research Quarterly, International Political Science Review and European Union Politics.

Muslim Attitudes Towards the European Union