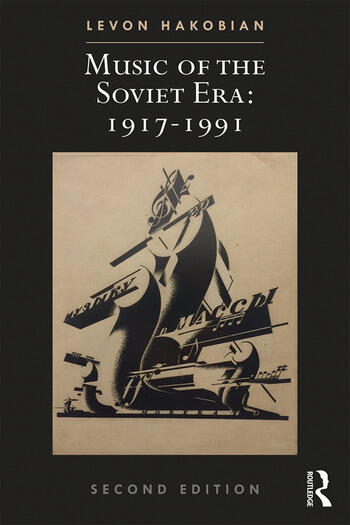 This volume is a comprehensive and detailed survey of music and musical life of the entire Soviet era, from 1917 to 1991, which takes into account the extensive body of scholarly literature in Russian and other major European languages. In this considerably updated and revised edition of his 1998 publication, Hakobian traces the strikingly dramatic development of the music created by outstanding and less well-known, ‘modernist’ and ‘conservative’, ‘nationalist’ and ‘cosmopolitan’ composers of the Soviet era. The book’s three parts explore, respectively, the musical trends of the 1920s, music and musical life under Stalin, and the so-called ’Bronze Age’ of Soviet music after Stalin’s death. Music of the Soviet Era: 1917–1991 considers the privileged position of music in the USSR in comparison to the written and visual arts. Through his examination of the history of the arts in the Soviet state, Hakobian’s work celebrates the human spirit’s wonderful capacity to derive advantage even from the most inauspicious conditions.

PART I. REMAINDERS OF THE SILVER AGE AND THE STURM UND DRANG OF SOVIET MODERNISM
I.1. The Distribution of Forces on the Musical Scene During the Early Post-Revolutionary Period
I.2. The Rise of Shostakovich

PART II. MUSIC UNDER STALIN
II.1. The Beginnings of the ‘Big Soviet Style’. Shostakovich’s Lady Macbeth of Mtzensk District and the First Offensives on ‘Formalism’
II.2. The Second Half of the Thirties; the Period of ‘Maturity’ of Soviet Music
II.3. The War and Early Post-War Years
II.4. The Year 1948 and After

PART III. THE YEAR 1953 AND AFTER: THE ‘BRONZE AGE’
III.1. Introduction: the Progress of Events
III.2. Shostakovich in 1953–75
III.3. Shostakovich’s Disciples
III.4. The Avant-Garde of Moscow: the ‘Great Three’ and Other Major Figures
III.5. Innovative Tendencies Outside Russia
III.6. Some ‘Independents’ and ‘Middle-Roads’

Levon Hakobian, born 1953 in Yerevan, Armenia, is Head of the Department of Music Theory at the State Institute of Art Studies, Moscow, Russia. He has published widely on a number of topics, including Soviet Music, 20th century composers, medieval Armenian sacred chants, and topical problems of musical science.