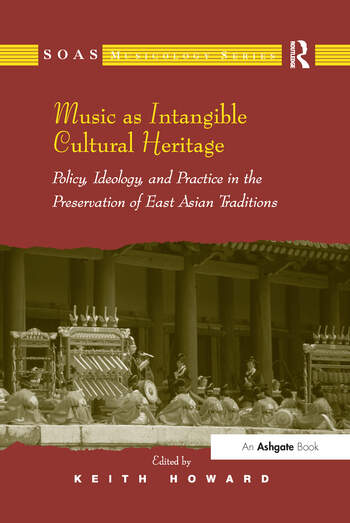 Music as Intangible Cultural Heritage: Policy, Ideology, and Practice in the Preservation of East Asian Traditions

Focussing on music traditions, these essays explore the policy, ideology and practice of preservation and promotion of East Asian intangible cultural heritage. For the first time, Japan, Korea, China and Taiwan - states that were amongst the first to establish legislation and systems for indigenous traditions - are considered together. Calls to preserve the intangible heritage have recently become louder, not least with increasing UNESCO attention. The imperative to preserve is, throughout the region, cast as a way to counter the perceived loss of cultural diversity caused by globalization, modernization, urbanization and the spread of the mass media. Four chapters - one each on China, Korea, Taiwan and Japan - incorporate a foundational overview of preservation policy and practice of musical intangible cultural heritage at the state level. These chapters are complemented by a set of chapters that explore how the practice of policy has impacted on specific musics, from Confucian ritual through Kam big song to the Okinawan sanshin. Each chapter is based on rich ethnographic data collected through extended fieldwork. The team of international contributors give both insider and outsider perspectives as they both account for, and critique, policy, ideology and practice in East Asian music as intangible cultural heritage.

Keith Howard is Professor of Music at the School of Oriental and African Studies, and was formerly Associate Dean, Research, Sydney Conservatorium of Music, University of Sydney, Australia.

’For anyone concerned about the steady loss of diversity in the musics of the world this is a vital collection of essays highlighting policies adopted in Japan, Korea, Taiwan and China to preserve and promote the intangible cultural heritage. The case studies illustrate the problems encountered in the preservation project and stress the importance of promoting creativity and development to enrich culture and transmit it to future generations.’ John Baily, Goldsmiths, University of London, UK

Music as Intangible Cultural Heritage: Policy, Ideology, and Practice in the Preservation of East Asian Traditions