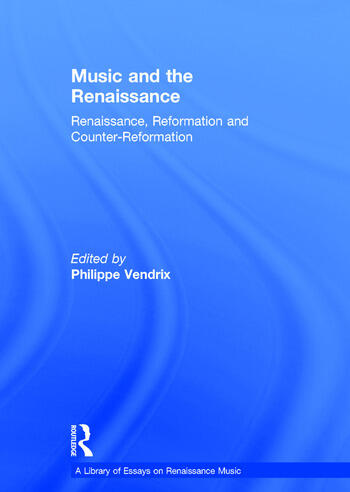 This volume unites a collection of articles which illustrate brilliantly the complexity of European cultural history in the Renaissance. On the one hand, scholars of this period were inspired by classical narratives on the sublime effects of music and, on the other hand, were affected by the profound religious upheavals which destroyed the unity of Western Christianity and, in so doing, opened up new avenues in the world of music. These articles offer as broad a vision as possible of the ways of thinking about music which developed in the fifteenth and sixteenth centuries.

Philippe Vendrix is Director of the Center for Advanced Studies of the Renaissance, Francois-Rabelais University Tours, France