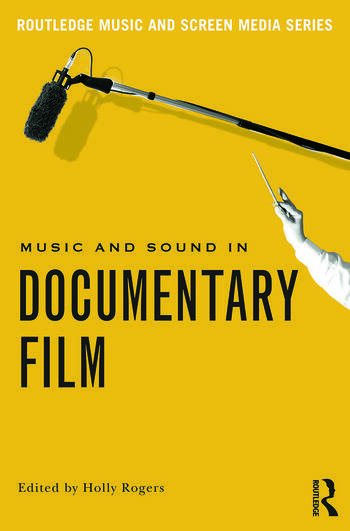 Music and Sound in Documentary Film

This collection of fourteen essays provides a rich and detailed history of the relationship between and music and image in documentary films, exploring the often overlooked role of music in the genre and its subsequent impact on an audience’s perception of reality and fiction. Exploring examples of documentary films which make use of soundtrack music, from an interdisciplinary perspective, Music and Sound in Documentary Film is the first in-depth treatment on the use of music in the nonfiction film and will appeal to scholars and students working in the intersection of music and film and media studies.

Holly Rogers is Senior Lecturer in Music and Director of the Research Centre for Audio-Visual Media at the University of Liverpool. She is the author of Visualising Music: Audiovisual Relationships in Avant-Garde Film and Video Art (2010) and Sounding the Gallery: Video and the Rise of Art-Music (2013).

Music and Sound in Documentary Film