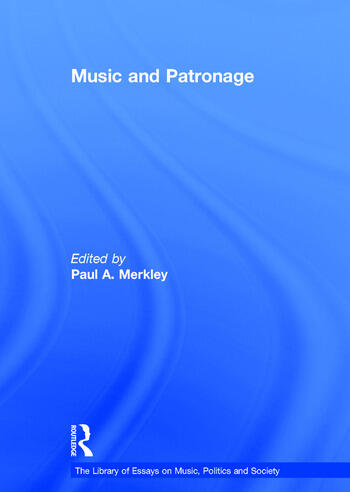 Patronage has long figured in our historical understanding of music and, on an academic level, has been the subject of intense research over the past thirty years. The articles gathered together in this volume look at patronage in its broadest sense: individual and traditional court patronage as well as patronage within states and organizations. The subject is further explored by articles which discuss the means of distribution of music, such as printing and the internet, and the inclusion of music in collaborative arts such as film. The articles consider both sacred and secular music and employ a range of different approaches from archival and social and cultural-historical, to ethnomusicological and quantitative-economical. Thematic connections figure strongly and attention is given to the prominent role of women and questions of feminine voice and feminine way. The scope of the articles ranges in time from the courts of ancient Mesopotamia, India and China to the new millennium, and the geographical spread includes most regions of the world.

Paul A. Merkley is Professor of Music at the University of Ottawa, Canada.