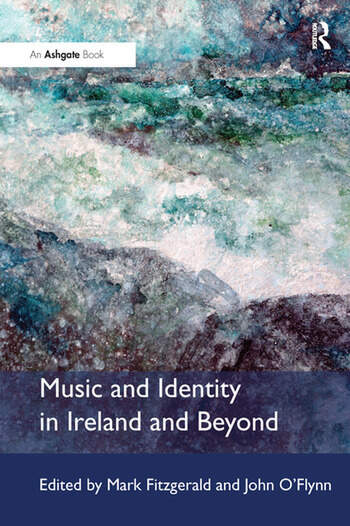 Music and Identity in Ireland and Beyond

Music and Identity in Ireland and Beyond represents the first interdisciplinary volume of chapters on an intricate cultural field that can be experienced and interpreted in manifold ways, whether in Ireland (The Republic of Ireland and/or Northern Ireland), among its diaspora(s), or further afield. While each contributor addresses particular themes viewed from discrete perspectives, collectively the book contemplates whether ’music in Ireland’ can be regarded as one interrelated plane of cultural and/or national identity, given the various conceptions and contexts of both Ireland (geographical, political, diasporic, mythical) and Music (including a proliferation of practices and genres) that give rise to multiple sites of identification. Arranged in the relatively distinct yet interweaving parts of ’Historical Perspectives’, ’Recent and Contemporary Production’ and ’Cultural Explorations’, its various chapters act to juxtapose the socio-historical distinctions between the major style categories most typically associated with music in Ireland - traditional, classical and popular - and to explore a range of dialectical relationships between these musical styles in matters pertaining to national and cultural identity. The book includes a number of chapters that examine various movements (and ’moments’) of traditional music revival from the late eighteenth century to the present day, as well as chapters that tease out various issues of national identity pertaining to individual composers/performers (art music, popular music) and their audiences. Many chapters in the volume consider mediating influences (infrastructural, technological, political) and/or social categories (class, gender, religion, ethnicity, race, age) in the interpretation of music production and consumption. Performers and composers discussed include U2, Raymond Deane, Afro-Celt Sound System, E.J. Moeran, Séamus Ennis, Kevin O’Connell, Stiff Little Fingers, Frederick May, Arnold

John O'Flynn is Senior Lecturer and Head of Music at St Patrick's College, Dublin City University. He is author of The Irishness of Irish Music (Ashgate, 2009) and has penned numerous book chapters, articles and encyclopaedia entries on a diverse range of topics in the fields of musicology, music education and music sociology. Mark Fitzgerald lectures at Dublin Institute of Technology Conservatory of Music and Drama. His research interests and publications include work on contemporary Irish composers such as Gerald Barry and Raymond Deane as well as twentieth-century composers such as Berg and Busoni.

’... should be added to any serious collection devoted to Irish history, contemporary Irish culture, and music in and out of Ireland’. ICTM Ireland www.ictm.ie

Music and Identity in Ireland and Beyond