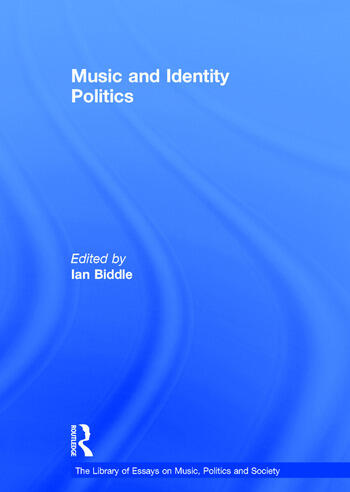 This volume brings together for the first time book chapters, articles and position pieces from the debates on music and identity, which seek to answer classic questions such as: how has music shaped the ways in which we understand our identities and those of others? In what ways has scholarly writing about music dealt with identity politics since the Second World War? Both classic and more recent contributions are included, as well as material on related issues such as music's role as a resource in making and performing identities and music scholarship's ambivalent relationship with scholarly activism and identity politics. The essays approach the music-identity relationship from a wide range of methodological perspectives, ranging from critical historiography and archival studies, psychoanalysis, gender and sexuality studies, to ethnography and anthropology, and social and cultural theories drawn from sociology; and from continental philosophy and Marxist theories of class to a range of globalization theories. The collection draws on the work of Anglophone scholars from all over the globe, and deals with a wide range of musics and cultures, from the Americas, Australasia, Europe, the Middle East and Africa. This unique collection of key texts, which deal not just with questions of gender, sexuality and race, but also with other socially-mediated identities such as social class, disability, national identity and accounts and analyses of inter-group encounters, is an invaluable resource for music scholars and researchers and those working in any discipline that deals with identity or identity politics.

Ian Biddle is Senior Lecturer and Head of Postgraduate Studies in Music at Newcastle University, UK. He is a cultural theorist and musicologist, working on a range of topics in music and sound-related areas. His work ranges from the cultural history of music and masculinity, music in the Holocaust, theorising music's intervention in communities and subjectivities, sound, soundscapes and urban experience, and the politics of noise. He has interests in memory studies, sound studies, Italian workerist and autonomist theory, psychoanalysis and theoretical approaches to 'affective' states. He is co-founder and co-ordinating editor (with Richard Middleton) of the journal Radical Musicology.