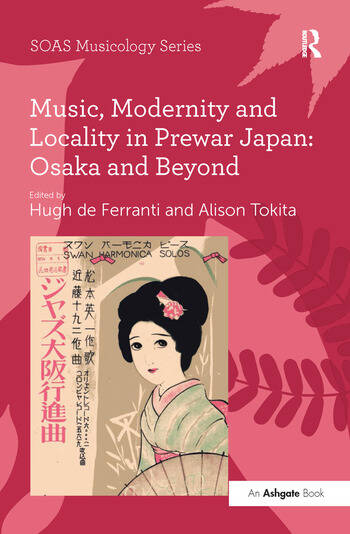 Music, Modernity and Locality in Prewar Japan: Osaka and Beyond

This anthology addresses the modern musical culture of interwar Osaka and its surrounding Hanshin region. Modernity as experienced in this locale, with its particular historical, geographic and demographic character, and its established traditions of music and performance, gave rise to configurations of the new, the traditional and the hybrid that were distinct from their Tokyo counterparts. The Taisho and early Showa periods, from 1912 to the early 1940s, saw profound changes in Japanese musical life. Consumption of both traditional Japanese and Western music was transformed as public concert performances, music journalism, and music marketing permeated daily life. The new bourgeoisie saw Western music, particularly the piano and its repertoire, as the symbol of a desirable and increasingly affordable modernity. Orchestras and opera troupes were established, which in turn created a need for professional conductors, and both jazz and a range of hybrid popular music styles became viable bases for musical livelihood. Recording technology proliferated; by the early 1930s, record players and SP discs were no longer luxury commodities, radio broadcasts reached all levels of society, and ’talkies’ with music soundtracks were avidly consumed. With the perceived need for music that suited 'modern life', the seeds for the pre-eminent position of Euro-American music in post-Second-World war Japan were sown. At the same time many indigenous musical genres continued to thrive, but were hardly immune to the effects of modernization; in exploring new musical media and techniques drawn from Western music, performer-composers initiated profound changes in composition and performance practice within traditional genres. This volume is the first to draw together research on the interwar musical culture of the Osaka region and addresses comprehensively both Western and non-Western musical practices and genres, questions the common perception of their being wholly separate domains

Hugh de Ferranti’s published research is on historical and contemporary forms of biwa music, the practice of Japanese music beyond Japanese shores, and music-making among minorities in colonial era Japan. He is the author of Japanese Musical Instruments (OUP 2000) and The Last Biwa Singer (Cornell University East Asia Series 2009). He is Associate Professor in Music at the University of New England. Alison Tokita is Professor and Director of the Research Centre for Japanese Traditional Music at the Kyoto City University of Arts, and adjunct Associate Professor in Japanese Studies at Monash University. She has published widely on Japanese narrative music, and is currently working on naniwa-bushi. In recent years she has researched the role of the piano in East Asian musical modernity. She is co-editor of The Ashgate Research Companion to Japanese Music (Ashgate 2008), Complicated Currents: Media Flows, Soft Power and East Asia, and Outside Asia: Japanese and Australian Identities and Encounters in Flux.

Music, Modernity and Locality in Prewar Japan: Osaka and Beyond