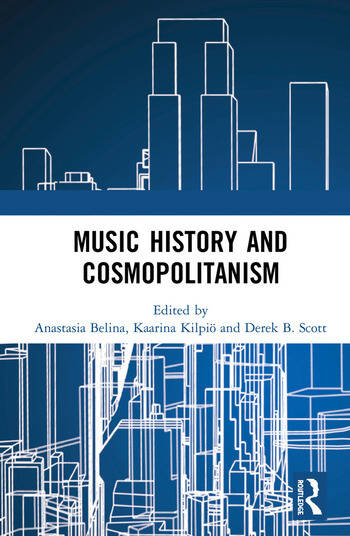 This collection of essays is the first book-length study of music history and cosmopolitanism, and is informed by arguments that culture and identity do not have to be viewed as primarily located in the context of nationalist narratives. Rather than trying to distinguish between a true cosmopolitanism and a false cosmopolitanism, the book presents studies that deepen understanding of the heritage of this concept – the various ways in which the term has been used to describe a wide range of activity and social outlooks. It ranges over a two hundred-year period, and more than a dozen countries, revealing how musicians and audiences have responded to a common humanity by embracing culture beyond regional or national boundaries. Among the various topics investigated are: musical cosmopolitanism among composers in Latin America, the Ottoman Empire, and Austro-Hungarian Empire; cosmopolitan popular music historiography; cosmopolitan musical entrepreneurs; and musical cosmopolitanism in the metropolises of New York and Shanghai.

Anastasia Belina is Assistant Head of Programmes at the Royal College of Music, and a Senior Research Fellow at the School of Music, University of Leeds.

Kaarina Kilpiö (Doctor of Social Sciences) currently works as a University Lecturer at Sibelius Academy, University of the Arts, Helsinki.

Derek B. Scott is Professor of Critical Musicology at the University of Leeds