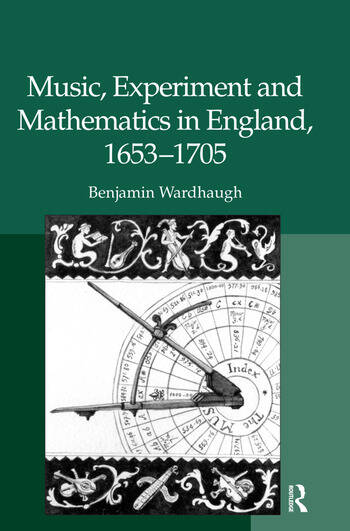 How, in 1705, was Thomas Salmon, a parson from Bedfordshire, able to persuade the Royal Society that a musical performance could constitute a scientific experiment? Or that the judgement of a musical audience could provide evidence for a mathematically precise theory of musical tuning? This book presents answers to these questions. It constitutes a general history of quantitative music theory in the late seventeenth century as well as a detailed study of one part of that history: namely the applications of mathematical and mechanical methods of understanding to music that were produced in England between 1653 and 1705, beginning with the responses to Descartes's 1650 Compendium musicÃ¦, and ending with the Philosophical Transactions' account of the appearance of Thomas Salmon at the Royal Society in 1705. The book is organized around four key questions. Do musical pitches form a small set or a continuous spectrum? Is there a single faculty of hearing which can account for musical sensation, or is more than one faculty at work? What is the role of harmony in the mechanical world, and where can its effects be found? And what is the relationship between musical theory and musical practice? These are questions which are raised and discussed in the sources themselves, and they have wide significance for early modern theories of knowledge and sensation more generally, as well as providing a fascinating side light onto the world of the scientific revolution.

Dr Benjamin Wardhaugh, is a post-doctoral research fellow at All Souls College, Oxford, where he studies the social history of early modern mathematics. He is also working on three forthcoming volumes in the Ashgate series Music Theory in Britain, 1500-1700, and a textbook, How to Read Historical Mathematics.

’This book is a book of originality and value... It is the result of an enormous amount of research; Wardhaugh's ability simply to summarise so many mathematical and musical tracts is in itself a substantial achievement.’ The Consort ’... carefully researched, insightful and important...’ Mathematical Review '... fascinating ... a highly impressive study, ground-breaking in its exploration of previously unexamined material. I have greatly enjoyed reading it and will certainly return to it. It is to be recommended to anyone with an interest in the history of music and science, as well as those exploring broader contexts to later 17th-century music.' Fontes Artis Musicae