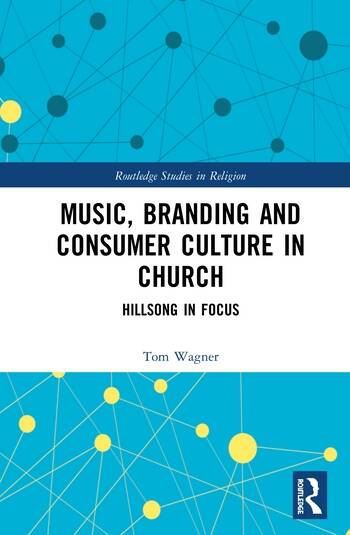 Music, Branding and Consumer Culture in Church: Hillsong in Focus

Starting as a single congregation in Australia, Hillsong Church now has campuses worldwide, releases worship music that sells millions of albums and its ministers regularly appear in mainstream media. So, how has a single church gained such international prominence? This book offers an ethnographic exploration of the ways in which music and marketing have been utilised in the pursuit and production of spiritual experience for members of Hillsong Church. An experience that has proven to be incredibly popular.

The main theme of this book is that marketing, specifically branding, is not just a way to "sell" religion, but rather an integral part of spiritual experience in consumer society. Focussing on the London Hillsong church as a case study, the use of its own music in tandem with strong branding is shown to be a co- and re-productive method of organizing, patterning, and communicating information. The church provides the branded material and cultural context in which participants’ sacred experience of self unfolds. However, this requires participants to "do the work" to properly understand, and ultimately embody, the values associated with the brand.

This book raises important questions about the role of branding and music in forming modern scared identities. As such, it will be of great interest to scholars of Religious Studies, Ethnomusicology and Media Studies.

1 – Hillsong in its Socio-Historical Context

3 – In, But Not Of, The (Christian) Culture Industry

4 – ‘With One Accord’: Brand Identity and Participation

5 – The ‘Hillsong Sound’: Hearing Place in the Hillsong Network

Tom Wagner is a London-based percussionist and ethnomusicologist. He is currently a Lecturer in Musicology and Ethnomusicology at University of Manchester, having previously held positions at University of Edinburgh and Royal Holloway, University of London. His writing on Hillsong has appeared in the Australian Journal of Communication (co-authored with Tanya Riches), Journal of World Popular Music, and the edited volume Religion as Brands: New Perspectives on the Marketization of Religion and Spirituality (Ashgate, 2014). He is also the co-editor (with Tanya Riches) of the collection The Hillsong Movement Examined: You Call Me Out Upon the Waters (Palgrave, 2017).

Music, Branding and Consumer Culture in Church: Hillsong in Focus