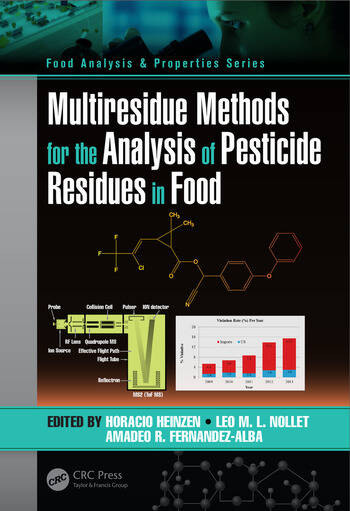 Multiresidue Methods for the Analysis of Pesticide Residues in Food

In the last decades the public concern on the pesticide residues content in foods have been steadily rising. The global development of food trade implies that aliments from everywhere in the world can reach the consumer`s table. Therefore, the identification of agricultural practices that employ different pesticides combinations and application rates to protect produce must be characterized, as they left residues that could be noxious to human health. However, the possible number of pesticides (and its metabolites of toxicological relevance) to be found in a specific commodity is almost 1500, and the time needed to analyze them one by one, makes this analytical strategy a unrealistic task. To overcome this problem, the concept of Multi Residue Methods (MRM) for the analysis of pesticide traces have been developed. The advent of new and highly sensitive instrumentation, based in hyphenatedchromatographic systems to coupled mass analyzers (XC (MS/MS) or MSn) permitted simultaneously the identification and the determination of up to hundreds of pesticide residues in a single chromatographic run. Multiresidue Methods for the Analysis of Pesticide Residues in Food presents the analytical procedures developed in the literature, as well as those currently employed in the most advanced laboratories that perform routinely Pesticide Residue Analysis in foods. In addition to these points, the regulations, guidelines and recommendations from the most important regulatory agencies of the world on the topic will be commented and contrasted.

Horacio Heinzen is a chemist of pharmacognosy (UdelaR, 1983) and earned his degree of Doctor of Göttingen University, Germany, in 1993. He is professor of pharmacognosy and natural products chemistry faculty, UdelaR, since 1998.His main lines of research are the characterization of new bioactive compounds, the validation of the action of native medicinal plants, and the development of a new herbal. In the analytical area, he turned to the area of analysis of pesticide residues and organic contaminants. In particular, his works focus on the development of new analytical meth-odologies on the preparation of samples for the analysis of trace organic compounds in complex matrices, both food and pharmaceutical raw materials.He  is  coauthor  of  more  than  70  original  papers  in  scientific  magazines.  He wrote many book chapters and he was a speaker at numerous conferences, national, regional, and international.He  was  president  of  the  Latin  American  Society  of  Phytochemistry  (2005–2008)  and he is a member of the International Union of Pure and Applied Chemistry and the Scientific Committee of the Latin American  Pesticide  Residue  Workshop  (LAPRW)  Subcommittee for Crop Protection.

Leo M.L. Nollet received his MS (1973) and PhD (1978) in biology from the Katholieke Universiteit Leuven, Belgium. He is editor and associate editor of numerous books. He edited for M. Dekker, New York—now CRC Press of Taylor & Francis—the first, sec-ond, and third editions of the books entitled Food Analysis by HPLC and Handbook of Food Analysis. The last edition is a two-volume book. He also edited the Handbook of Water  Analysis (first, second, and third editions) and Chromatographic Analysis of the Environment, Third Edition (CRC Press).With  F.  Toldrá,  he  coedited  two  books  published  in  2006  and  2007:  Advanced Technologies  for  Meat  Processing  (CRC  Press)  and  Advances  in  Food  Diagnostics(Blackwell Publishing—now Wiley). With M. Poschl, he coedited the book Radionuclide Concentrations  in  Foods  and  the  Environment,  also  published  in  2006  (CRC  Press).  Dr. Nollet has also coedited with Y. H. Hui and other colleagues several books: Handbook of Food Product Manufacturing (Wiley, 2007), Handbook of Food Science, Technology and Engineering (CRC Press, 2005), Food Biochemistry and Food Processing (first and second editions; Blackwell Publishing—now Wiley—2006 and 2012), and the Handbook of Fruits and Vegetable Flavors (Wiley, 2010). In addition, he edited the Handbook of Meat,  Poultry  and  Seafood  Quality,  first  and  second  editions  (Blackwell  Publishing—now Wiley—2007 and 2012).From  2008  to  2011,  he  published  with  F.  Toldrá  five  volumes  on  animal-product-related  books,  namely,  the  Handbook  of  Muscle  Foods  Analysis,  the  Handbook  of  Processed Meats and Poultry Analysis, the Handbook of Seafood and Seafood Products Analysis,  the  Handbook  of  Dairy  Foods  Analysis,  and  the  Handbook  of  Analysis  of  Edible  Animal  By-Products.  Also  in  2011,  with  F.  Toldrá,  he  coedited  for  CRC  Press  two volumes: Safety Analysis of Foods of Animal Origin and Sensory Analysis of Foods of  Animal  Origin.  In  2012,  they  both  published  the  Handbook  of  Analysis  of  Active  Compounds in Functional Foods.In  a  coedition  with  Hamir  Rathore,  the  book  Handbook  of  Pesticides:  Methods  of  Pesticides  Residues  Analysis  was  marketed  in  2009;  Pesticides:  Evaluation  of  Environmental Pollution, in 2012; and the Biopesticides Handbook, in 2015.Other finished book projects include Food Allergens: Analysis, Instrumentation, and Methods (with A. van Hengel; CRC Press, 2011) and Analysis of Endocrine Compounds in  Food  (Wiley-Blackwell,  2011).  Dr.  Nollet’s  recent  projects  include  Proteomics  in  Foods  with  F.  Toldrá  (Springer,  2013)  and  Transformation  Products  of  Emerging  Contaminants in the Environment: Analysis, Processes, Occurrence, Effects and Riskswith D. Lambropoulou (Wiley, 2014). In this series, CRC Food Analysis & Properties, he edited with C. Ruiz-Capillas Flow Injection Analysis of Food Additives (CRC Press, 2015) and Marine Microorganisms: Extraction and Analysis of Bioactive Compounds(CRC Press, 2016).

Amadeo R. Fernández-Alba is master in chemistry (University Complutense of Madrid) and  professor  in  the  area  of  analytical  chemistry  at  the University of Almería.  He  is  director/founder  of  the Group of  investigation  AGR  159  “Pesticide  residues”  of  the  Junta de Andalucía.He is the author of more than 120 articles on analysis of contaminants in food and environment. He is editor of three books on control of residues of pesticides, both leg-islative and technical, and of control of quality. The majority of these works are related with the application of mass spectrometry. He is/was a speaker at numerous conferences and is a participant in more than 50 European and National (Spanish) projects mainly related with the evaluation of contaminants in food and environment. He is co-head of the  Community Reference Laboratory  for  Pesticide  Residues  in  Fruits  and  Vegetables  and member of the European Committee European of Normalisation CEN WG4. He is counselor of the Andalusian service of health of the Junta of Andalusia for the control of food quality. 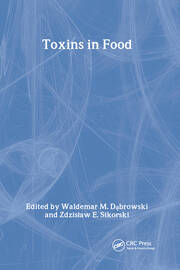 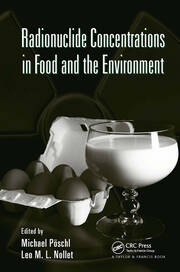 Radionuclide Concentrations in Food and the Environment

Multiresidue Methods for the Analysis of Pesticide Residues in Food