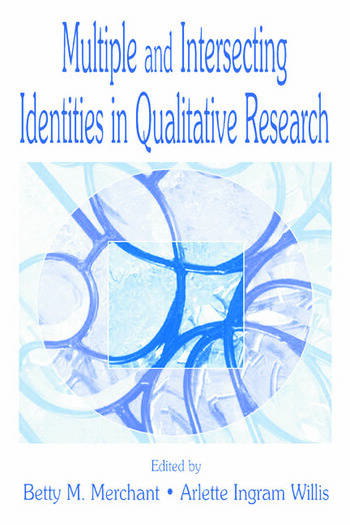 This book extends the current discourse on the role of cultural knowledge in qualitative research, especially research conducted by women of color within their own community. Each author reports on her attempts to conceptualize herself as a researcher while simultaneously trying to honor her cultural connectedness and knowledge.

As women researchers analyzing the personal and professional contexts in which their research was conducted, the authors argue that their gender, race, religion, and status have played critical roles in their research agendas. They offer a female perspective, though not a feminist critique per se, for they believe that gender does play a significant role in their research efforts. Equally important, they explore the role that race has played in their research, whether as women of color or white women conducting research among people of color.

In reflecting on how their unique positionality allows them to understand relationships across many boundaries, the authors observe how, in most cases, because of their position as women and/or people of color, they have not had some of the traditional problems associated with access to multicultural sites. However, they have encountered other issues and they share how, as researchers, they met and resolved these issues for their particular settings. Each author also discusses how, in addressing these issues, she labored to meet the standards of academia, often at a personal cost.

This book challenges existing paradigms by questioning the assumption of objectivity in research. It is essential reading--informative, provocative, and engaging--for researchers and students in research methods, women's studies, critical theory, and cross-cultural studies.

"[This] fresh, authentic, and important collection of narratives exploring the web of connections between personal identities and scholarly inquiries....makes a significant contribution to an understanding of qualitative research through an artful grappling with complex methodological issues....This is a complex text and a daring work as each author tells her own story while telling those of her participants....The writing style of each chapter is inviting and engaging so that the author brings along the reader in a search for deeper understanding."
—The Journal of Higher Education

"The reading was an exciting experience....The explicit autobiographical presence and its connections with larger cultural context in academia is the strength of the book....Another strength of the book is its discussion about the language of research....I recommend the book for methodological purposes to those who want to develop their sensitiveness as a researcher, to learn about the ethical dilemmas when studying people from other cultures and facing the problem of writing to the audience of 'phallocentric discourses.'"
—Teachers and Teaching: Theory and Practice

"I recommend the book for methodological purposes to those who want to develop their sensitiveness as a researcher.... the book is useful for everyone of us who need more insight into the multiple identities of people in academia."
—Teachers and Teaching, Theory and Practice

"We invite you to learn the songs of our souls--songs for recalling the past, altering the present, and transforming the future. In this book, we become subjects of our own lives and research within and outside the academy."
—Arlette Ingram Willis, Betty Merchant
From the Introduction