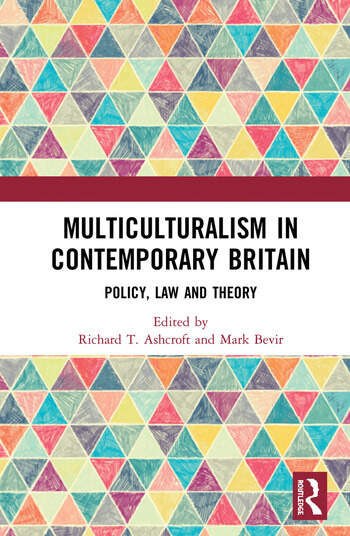 Since 1945 the United Kingdom has changed from a polity that was overwhelmingly white, ethnically British, and Christian to one constituted by creeds, cultures, and communities drawn from all over the globe. The term ‘multiculturalism’ evokes these demographic changes, the policies and laws that arose as a result, and connected public debates. Political and public support for multiculturalism has been called into question in the new millennium, with British multiculturalism—and Britain itself—currently in a state of flux.

This volume examines the policy, law, and political theory of multiculturalism in the British context, exploring how they inform each other. It covers topics such as national identity, immigration, integration, the welfare state, gender, freedom of religion, and human rights. It provides a deeper understanding of contemporary British multiculturalism in its various aspects, inexorably leading back to fundamental questions regarding the structure and purpose of the British polity. It also explores the connections between multiculturalism and current events, including Brexit, renewed calls for Scottish independence, and the broader rise of populism in the West.

This book was originally published as a special issue of Critical Review of International Social and Political Philosophy, to which the editors have added a new concluding chapter.

2. The critique of multiculturalism in Britain: integration, separation and shared identification Andrew Mason

5. The challenge of cultural diversity: the limited value of the right of exit Andrew Fagan

Richard T. Ashcroft is a PhD Candidate in the Department of Political Science at the University of California, Berkeley, USA. Before coming to Berkeley, he practised as a solicitor of the Senior Courts of England and Wales.