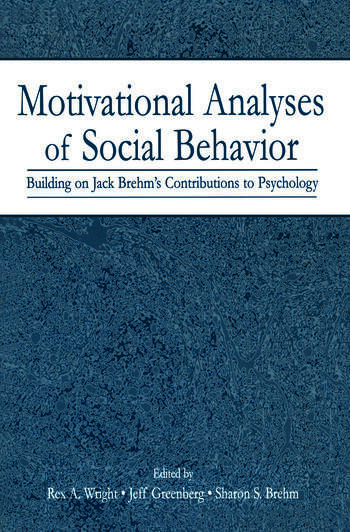 This book honors Jack W. Brehm's contributions to psychology, all of which revolve around a central theme of motivation and social behavior. It begins with two personal chapters and then presents a collection of cutting-edge, substantive chapters authored by researchers whose work Brehm has strongly influenced. It concludes with a chapter by Jack Brehm that reflects on the field of psychology, discusses a new theory of social influence, and offers ideas about the direction in which our understanding of human behavior could move.


Motivational Analyses of Social Behavior will be of value to research scientists, educators, and practitioners interested in social motivational processes and those who developed major theories in this area. Interested readers include individuals specializing in social, clinical, organizational, personality, health, and motivational psychology, and psychophysiology. The book would also be ideal for advanced courses on social motivation and the history of psychology.